You are here: Home / Health/Wellness / Why do organic foods taste better than non-organic? 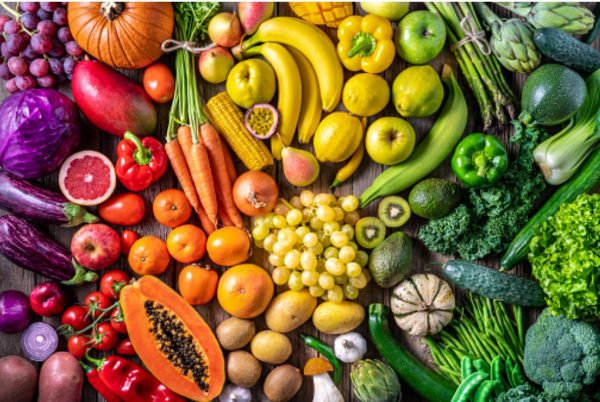 This is not a rhetorical question. It’s one of the hottest debates in food technology right now.

On the one hand, some consumers swear that they can taste the difference between conventional and organic foods. They find that organically grown produce has a more vibrant flavor because it produces fewer pesticide residues. On the other hand, many scientists say this is just an illusion and that there aren’t any detectable differences.

We will try to answer this question with a brief overview of how organic farming differs from conventional farming and what impact these differences might have on food taste and quality.

Ways in which organic and conventional differ

Organic and conventional agriculture have many similarities: both rely on natural processes such as photosynthesis, both seek to maintain soil fertility and minimize environmental impact. However, there are also many significant differences:

Conventional growers typically spray their crops with chemical insecticides each season. In many cases, organic farmers use alternative techniques to manage pests, such as crop rotations, companion planting, and natural pest management. Organic farmers can use many types of pesticides – just not synthetic ones. The most widely used organic pesticide is Bt (Bacillus thuringiensis), a naturally occurring bacterium toxic to some insects and kills them without harming people or other animals. In the past few years, Bt toxins have been genetically engineered into corn and cotton plants to express the poison in their leaves. These “Bt crops” have proven effective at managing insect pests while sparing beneficial insects like ladybugs and honeybees.

2. Organic farmers don’t use any hormones or antibiotics.

Conventional agriculture has come under increasing pressure to use fewer chemicals in recent decades. However, even organic farming has a few chemical inputs. Bt toxins are an example of the kind of chemical additives that farmers can and do use because they are helpful to protect crops without posing any risk to humans. However, in organic farming, no hormones or antibiotics may be used. Conventional herbicides such as glyphosate (an ingredient in Monsanto’s flagship herbicide Roundup) and 2,4-D (a component in Dow’s Enlist weedkiller) are produced by genetically engineered plants that have been engineered to deliver the chemicals after eating them. This allows farmers to spray their fields with a chemical that kills the weeds without hurting their crops. Farmers often adopt these herbicides because they are effective, cheap, and can be used on a wide array of products. However, some people object to this practice, and many consumers prefer not to eat foods that have been exposed to herbicides.

Each year, conventional farmers may rotate between crops to take up more land area but help minimize the risk of pests or disease and build soil health. They typically dedicate only 40-70% of their cropland to one crop and use sophisticated farming practices that help avoid soil erosion and pesticides that could harm the environment.

Synthetic fertilizer is created by adding small amounts of a chemical nutrient to water to make it more effective at fertilizing conventional crops, such as corn and soybeans, which are highly dependent on synthetic fertilizer because they grow best when fertilized heavily. However, organic farmers use natural forms of fertilizer like compost or manure, where nutrients are recycled through the ecosystem without chemically adding them.

5. Organic farming has much lower use of land.

The average farm in the United States uses 2.5 acres of land to produce one ton of food. In a good year, conventional farms may generate even more from their land – covering more ground with one crop – resulting in more food per acre. However, many farmers use less fertilizer with an equally high yield per square foot of land. In North America, organic farming results in lower land use than conventional farming despite higher yields.

Many organic ingredients are produced by composting or fermentation which are natural processes that do not have synthetic chemicals. To make synthetic chemicals, farmers rely on natural resources such as petroleum or coal, and the mining and burning of these resources often produce toxic substances. These substances are added to soil in a process called “synthetic fertilizer.” Conventional farms use synthetic fertilizer, which is made by mixing these toxic substances with water.

Impact of these differences on taste

Conventional and organic farming have much in common in producing food: both seek to maximize food production while minimizing environmental impact. However, there are some essential differences between the two processes that appear to affect food quality:

Conventional foods are exposed to more pesticides and herbicides. Over the past few decades, chemical pesticides and herbicides have become commonplace on conventional farms – used on crops far beyond their recommended applications. Chemicals may be sprayed directly on crops or used as a foliar spray applied directly to plants’ leaves, requiring little or no oversight by farmers.

Organic farming has been heralded as one of the fastest-growing industries in the United States. Consumers are willing to pay a higher price for organic food because they believe the use of organic foods is associated with a range of health benefits – including many related to chronic diseases like diabetes and cancer. Organic foods have also been shown to contain higher antioxidants, minerals, and vitamins such as vitamin C and beta-carotene.

« 50 and fashionable
The Benefits of Creating an Outdoor Entertainment Area »