You are here: Home / Ride / Are Drivers Deliberately Aggressive Towards Cyclists? 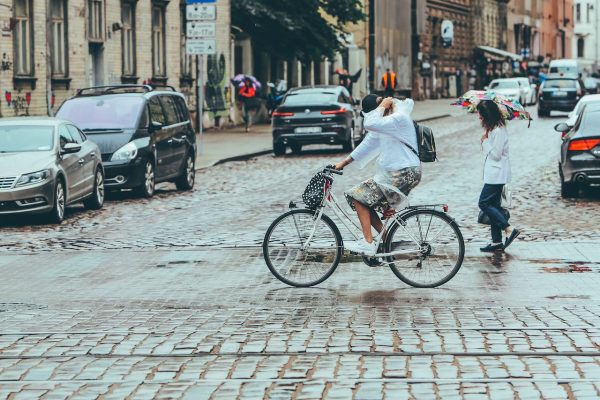 Are you a cyclist? If so, you may have wondered whether motorists are deliberately aggressive when they see bicycles on the road. Of course, some drivers are just generally aggressive. They’re ready to shout, swear, and make dangerous maneuvers and they’ll do that to just about anybody. There may also be visibility issues that lead drivers to behave as if you aren’t there, placing you at risk. If you’ve been in a bicycle accident and are following this line of thinking because you believe that most people are inherently decent, you’re not wrong.

But the worrying truth is that a small but significant proportion of drivers really are deliberately aggressive towards people on bicycles. A Laborde Earles bicycle accident lawyer notes that negligence is the most important factor in bicycle accidents – could outright aggression also play a role? According to research conducted by Monash University in Australia, it may.

What the Australian Study Found

In the questionnaire that participants in the study completed, they were asked to associate cyclists with classic diagrams depicting ape to human evolution. Another diagram showed an imaginary insect to human evolution. Amazingly, 55 percent of people who never ride a bike, and 30 percent of people who do ride identified cyclists as being “less than human” when associating them with these diagrams.

When asked directly if they acted aggressively towards cyclists when behind the wheel, 17 percent admitted to deliberately blocking cyclists’ path at times while 11 percent confessed to deliberately driving a vehicle too near one. 9 percent said that they’d cut off cyclists in the past.

Based on this information, the researchers concluded that people aren’t always as considerate towards cyclists as they should be and that the “less than human” perception of a person on a bike might contribute to this.

Some Drivers Just Think You Don’t Belong on the Road

The research we just discussed is by no means the only effort to determine why some drivers don’t take cyclists’ safety seriously enough. The Journal of Safety Research published a study showing that even when minimum passing distances are specified by law, nearly 50 percent of drivers deliberately ignore the rule. While some drivers said that they had difficulty judging the safe passing distance, others were open about saying that they found it “annoying.”

Yet another study published in Accident Analysis and Prevention tried to determine whether drivers were more likely to be concerned about cyclist’s safety in certain circumstances. It turns out it doesn’t matter what you’re wearing or whether you’re young or old, male or female. When asked why they “buzzed” cyclists, people simply said they didn’t feel that bicycles should be on the roads at all.

Be Alert; Not Everyone on the Road is Putting Safety First

As a cyclist, it’s good to be aware to the fact that not all drivers are putting safety first. Be very aware of your surroundings, particularly when riding on busy roads or passing parked cars. Use cycle lanes or cycle paths whenever you can. Consider fitting a rear-view mirror so that you don’t swerve out when trying to see what’s behind you. Wear high-visibility clothing, use lights, and hand signals, and always wear your helmet. In it for fitness only? A stationary spin bike is definitely the safest option – and you can use it in bad weather too.

The second study, published in Accident Analysis & Prevention, sought to get to the root of motorists’ animosity toward cyclists, which also has been linked to aggressive driving behavior. This time, researchers conducted an online survey of 308 car drivers on their feelings about automobiles and cyclists, as well as how they directed their aggression toward cyclists when they were kitted out in Lycra or casually dressed.

Turns out, it doesn’t really matter if we’re viewed as Lycra-clad fitness warriors or casually-dressed commuters: Many drivers are simply car-centric, and don’t think anything but cars belong on the road