You are here: Home / escape / Traveling to Autralia? The 6 major cities to discover Looking to travel the country down under? In this vast and varied country, it can be really hard to decide where to spend your traveling days or look for homes for sale – if that’s your goal. Here’s a quick rundown about Australia’s major cities to help you decide. 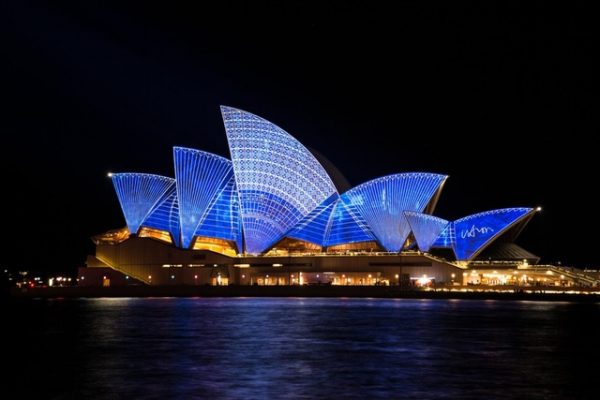 Sydney’s capital, New South Wales, was the site of Captain James Cook’s first landing in Australia, as well as the place where the first European settlement was established in 1788. As Australia’s biggest city, Sydney is comprised of more than 4.4 million people and is built around one of the world’s best natural harbors, which was shaped and molded the city itself.

Sydney boasts the most iconic Australian attractions including the Opera House, Harbour Bridge, the historic Rocks area, and awesome beaches and national parks. The best way to experience everything is through ferries. Here you’ll find the famous Bondi Beach as well.

The capital of Victoria, as well as the second-largest Australian city, has a population of more than 3.89 million. Queen Victoria’s reign (1837-1901) paralleled the major development here, making many centers a product of its formative era, socially and architecturally.

It’s an elaborate showcase of Victorian-era buildings, parks and gardens, and tree-lined boulevards. There are thousands of immigrants from all over the world, which spread and influenced the culture here. Melbourne is a vibrant multicultural city that’s passionate about food, wine, arts, and sport.

The capital of Queensland, and is the gateway to Australia’s favorite holiday destinations of the Gold and Sunshine coasts, two amazing getaway destinations. Like most areas of Australia, Brisbane started as a subtropical holding pen for convicts from the colony of NSW. Today, it has a population of more than 1.94 million people, with the increasing influx of international students enjoying great educational facilities.

Although near the surf on the Gold Coast, it’s a river city, with the temperature hardly ever dropping below 20 degrees during the day.

This famed city of churches has an awesome natural rural setting. The city center, for instance, is surrounded by parkland while the metropolitan area is bounded by the hills of Mt. Ranges next to the sea.

With a strong agricultural heritage built on the production of wool and wheat, Adelaide is also known for producing the finest wines in Australia, from the robust Shiraz to the delicate Rieslings. This city has more than 1.2 million people.

While it is the most isolated capital city in the world, this city of Western Australia has more than 2.3 million people. A modern and vibrant city, Perth nestles on the Swan River with the port, Fremantle, just 20 km downstream.

The city was founded back in 1829 and grew until 1850 when convicts were brought to help with a labor shortage. Many of the city’s historic buildings, such as the Government House and Perth Town Hall were built using convict labor. It may be isolated, but here are a few fun things to do in Perth.

This island state of Tasmania has a population of more than 507,000, making it the least populated state in Australia. Hobart mixes the benefit of a modern city with a rich colonial heritage. The gorgeous Georgian buildings, the eventful harbor, and the laidback atmosphere make the city one of the most pleasurable and engaging in Australia.

Staying in Australia for good

If you want to stay like countless others before you, then cheers! You won’t regret it, Australia is a place of wonder, adventure, and exciting lifestyle. There are homes for sale available in all major countries, and with quick online listing to make it easy for you. Best of luck and have fun as you travel!

« The Quest for the Best Beef Ever: Ways to Cook the Perfect Steak
Today is Going to Be Different »