You are here: Home / home / Tips for Television Setup – How to Get a Perfect Picture! 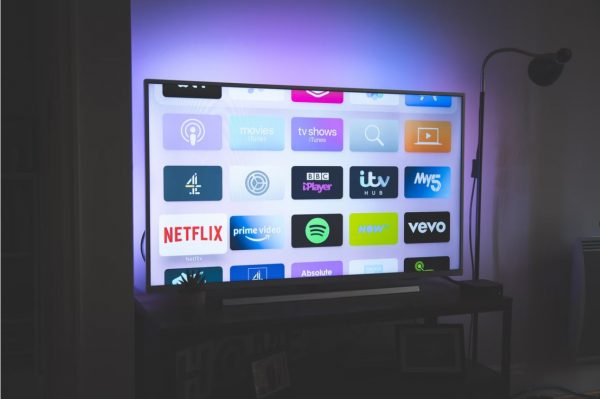 There is no one correct technique to set up a television. Everyone’s house, tech room design, and tastes are unique. Not just that but all the little details like wall placement, illumination, and how the TV will blend in with your furnishings.

Furthermore, there is frequently an introduction of a gleaming new 4K Television or high-tech function that rattles up the home theatre industry. This means there will always be something new to consider when you think of getting the perfect shot, new settings, and features.

This is why we are here to walk you through the procedure of getting the greatest picture out of your Television, no matter what it is.

It may sound simple, but to get the most out of your Television, you must invest the most into it. This will require you to use sources with high-resolution. Ordinary DVD players are adequate for watching movies and TV series on disc, but you need to invest in good Ultra HD Blu-ray players if you value quality. At the absolute least, you would want to watch HD content, which requires an HD set-top box or a Blu-ray player.

Although there is presently no broadcast 4K programming, the gaming world is racing forward with 4K, courtesy of next-generation consoles such as the Xbox Series X. There are also several 4K streaming systems available, such as the Amazon Fire TV Cube and the Apple TV 4K.

However, if you are serious about investing in 4K content, in that case, you might pick one of the finest TV streaming services, such as Netflix, Amazon Prime Instant Video, or Disney Plus, which have a massive quantity of 4K HDR material accessible.

Of course, after you’ve got your kit, you must utilize the proper connections. Furthermore, unless there is an overriding need to use a legacy interface, the only connection you should use is HDMI.

1. Ensure a Proper Setup for Your Sources

Blu-ray players and source components often offer a range of display possibilities but will usually regulate themselves based on the screen with which they are paired – due to the Extended Display Identification Data (EDID) information they receive. You can, however, actively intercede if your selection results in strange behaviour.

The simplest method to test this is to go into your games console, set-top boxes, or Blu-ray player’s display settings and see what they’re displaying. Ideally, they should be able to produce at 2160p or 4K. However, many Full HD devices will not be able to do so.

If you are watching 4K material online, it will reduce the resolution to whatever your television screen can handle.

If you are unsure what Television can handle, we recommend going with the highest setting available to see the results. Many sources will offer a short picture meant to see if your Television can handle the settings you have selected, and if that picture does not appear, you may fairly assume your set cannot. Scroll down the settings until you reach the maximum level that your TV can show.

The problem worsens because certain lower-cost 4K TVs will only support 4K on certain proportions, generally the first two HDMI ports.  If the new 4K Blu-ray player doesn’t seem to be capable of displaying Ultra HD on the screen, try connecting it into another HDMI port and check if that fixes the problem.

One key feature of LCDs is that they respond differently depending on your environment’s surrounding levels of light. Since LCD has a backlit screen technology, it takes on the appearance of a torch in a gloomy room.

In a dark environment, what seemed to be a black dress in a space with ordinary atmospheric light turns either dark or light grey. Panelists will use every tactic from filters to lighting gimmickry to conceal this truth.

Plasma panels and OLED, for example, have self-illuminating screens that do not exhibit this torch-like characteristic. They even perform better in low-light environments, which makes them an excellent choice for cinephiles. However, if you want to enhance your in-home cinema picture quality, try adding an illumination source behind your Television.

Some panels provide access to more advanced color management controls. These are generally in the form of changes to the primary RGB color components. Some televisions additionally allow you to modify the secondary cyan, magenta, and yellow color components. But you should only change the combination with color metering devices, or it would be better to just let it be.

Most TVs include sensors that can detect ambient light in your viewing area, allowing the TV to automatically alter image aspects to accommodate changing situations. While creative, this may become annoying when the picture starts to fluctuate. We recommend that you switch off the light sensors, and it will eventually improve.

The recommendations can keep going on, but the best solution would be to get a perfect television according to your ambiance. Click here to check the latest televisions with amazing prices!