In just a few days, Mary Poppins and the Banks family returns to the big screen. But, after all of these years is Mary still relevant? Is this a potential franchise? Can Mary be Mary without Julie Andrews and Dick Van Dyke?

I had the opportunity to screen the film

TWICE. Once the evening prior to the World Premiere and a second time as I walked the red carpet with the stars of the film. I almost NEVER watch movies more than once, so if the movie didn’t live up to expectations, there would be snoring in the crowd.

So…would I snore or would I want more?

Opening scene. I have to be honest here, it took getting used to Lin-Manuel Miranda singing with a British accent. The hair on my arms bristled, and my heart sunk. This would take some getting used to…but, 10 minutes in I was believing that the once President of the United States had transformed into a British lamplighter named Jack with a big smile and a glisten in his eyes. 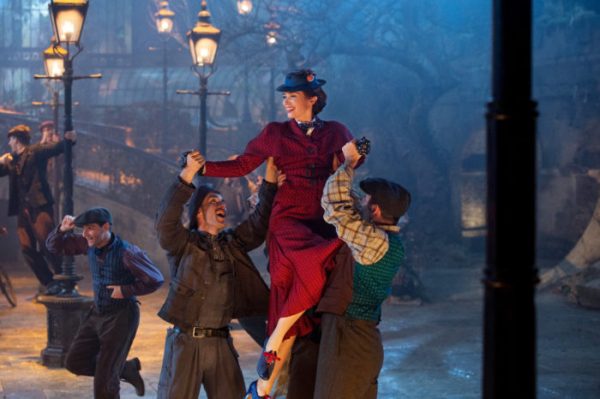 Hump one overcome…but What About Mary?

Movie references aside, Emily Blunt took the Practically Perfect nanny to an entirely new level. Having grown up on Julie Andrews, and loving every bit of her, I have to say that Blunt’s Mary Poppins is my favorite of the two. Magical and fun, yet stern and a bit on the conceited side, this Mary Poppins is one that as an adult I can relate to, laugh with, and enjoy much more, and from the looks of the wide-eyed children in the theater, they did as well. 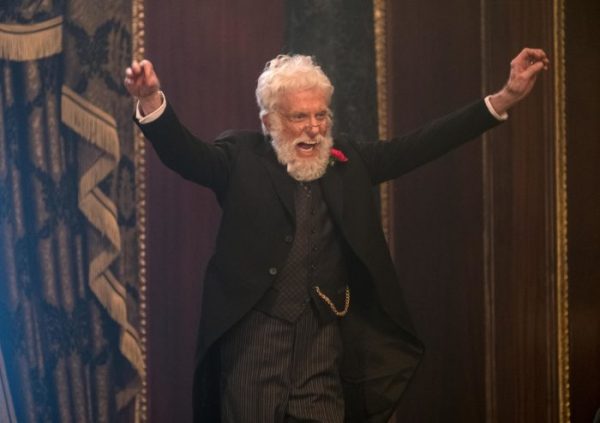 Yes, Dick Van Dyke is back for a cameo performance, and WHAT A PERFORMANCE IT IS. This is what memories are made of.

Would it be music to my ears?

I’ll be bringing you more from the Oscar-nominated songwriting team of Marc Shaiman and Scott Wittman next week, but I can tell you right now, that the tunes are as good as in the original, with plenty of great lyrics to sing and music that’ll make you want to jump on a lamppost and dance to. Shaiman is movie and television royalty, as well as having worked with some of my all-time favorite artists (like Bette Midler and Darlene Love). As a pair, they craft an unforgettable tune…or in this case over a dozen of them. BRAVO!

Mary Poppins Returns is a must see for the ENTIRE family. So, grab the kids, grandkids or even your friends, head to your local theater on December 19th and arm yourself with a large popcorn and drink and enjoy the practically perfect Mary Poppins Returns.

« Preparing For Driving in Bad Winter Weather
Be the Macho Man: Avoid these 4 Fashion Errors Most Dudes Make »