You are here: Home / Buzz / I suffer From UTIs – here’s how I’m dealing with them

I am partnering with ellura on this post. This post contains opinions and stories which are my own.

I grabbed the nearest thing and screamed

If you have ever had a UTI you know exactly what I’m talking about. The simple act of going to the bathroom can bring tears to my eyes when I’m in the midst of a bout of cystitis. I have

I was probably around 12 or 13 years old when I got my first one. My pre-teen and teen years were spent going to Urologists, having kidney and bladder scans with contrast (OMG, the burning in my veins was horrible), and being put on medications.  If I only knew then what I know now. I remember my mom telling me not to sit on a cold curb, but it was more complicated than that.

Taking control of my health

Back then we took care of problems when they arose. I was not told about prevention or steps that I could take to either reduce or prevent these infections. The only thing that I knew is that I have a really tiny bladder, but I can’t be the only one. I knew that taking a prescription for every UTI that I got (and there were LOTS of them) wasn’t good, because I got them A LOT. As a child it’s hard to understand why just going to the bathroom is so painful, and as an adult (honestly) I still question why it’s happening. Harmful bacteria become resistant to antibiotics and these medications have many unwanted side effects – like stomach upset, allergic reactions, or yeast infections – so you may be giving your body something it doesn’t need. Back then, all I knew was that it hurt BAD and I had no idea how I got them, all I knew is that I got them OFTEN. I was in a cycle of having more UTIs than good days. It was so frustrating. I would stay in bed crying (the bedroom was next to the bathroom). I couldn’t go out because I’d get that sensation of always “having to go” that comes with UTIs. Plus, while I had health insurance, the co-pays for those IVPs, doctors’ visits, and medications added up. Did you know that 1 UTI can cost you up to $200 in out-of-pocket costs to treat? Imagine having them often. That put a major dent in my wallet. But there was really nothing that I could do at the time. I never had a doctor talk to me about prevention, they just gave me medication and sent me on my way. I wish that I knew then what I know now. 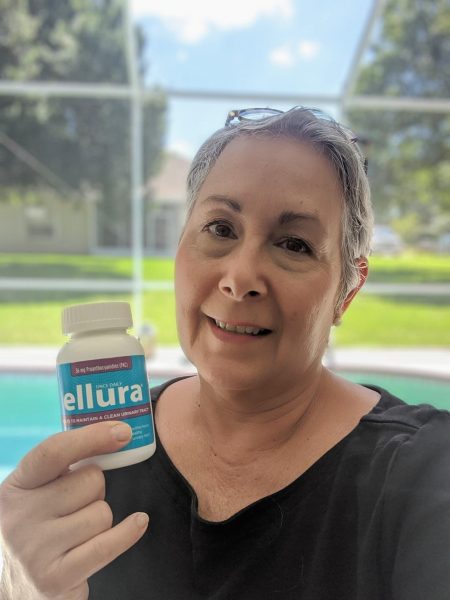 Urinary and Bladder Health with ellura

About 4 months ago, I started taking a supplement called ellura. ellura is backed by extensive clinical research led by Urologists. It is now the leading supplement recommended by healthcare providers. In fact, a study ranks ellura #1 supplement in terms of its powerful PAC formula and anti-adhesion activity (the ability to keep UTI-causing bacteria from attaching to your urinary tract) when compared to other supplements (AJOG 2016).

I had heard rumors that drinking cranberry juice could help (my doctor never talked to me about it though), but what you may not know is that there are plenty of reasons NOT to drink that sweetened juice. So, all I could do was deal with the UTI and suffer in silence (or yell if I was alone). It turns out that ellura is more powerful and potent than “traditional” cranberry supplements because it’s the only product that extracts this ingredient from the concentrate of cranberries, not the press cake or other parts of the fruit. It also removes all the sugar, oxalates (if you get kidney stones/issues you don’t need this) and is safe to take with other medications. 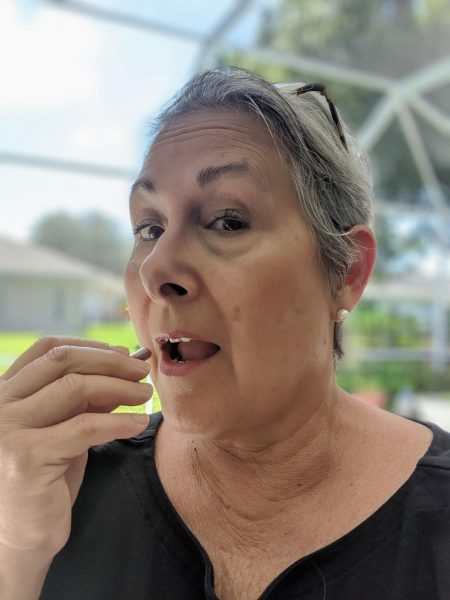 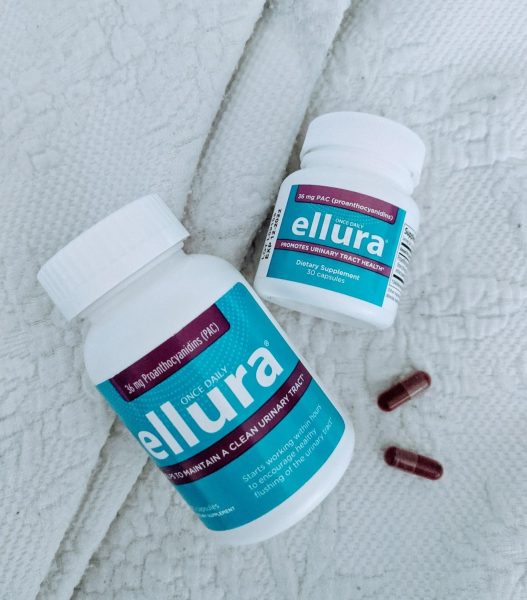 Anti-adhesion activity (AAA) is the ability of the proanthocyanidins (PAC) – the active ingredient in cranberry – to prevent bacteria from attaching to your urinary tract. ellura uses the cranberry juice extract that provides the most potent PAC, which results in the highest anti-adhesion, other products don’t. ellura has PAC with the highest potency that offers women UTI protection.  While that may sound complicated, it’s not. All I need to know is that it WORKS. 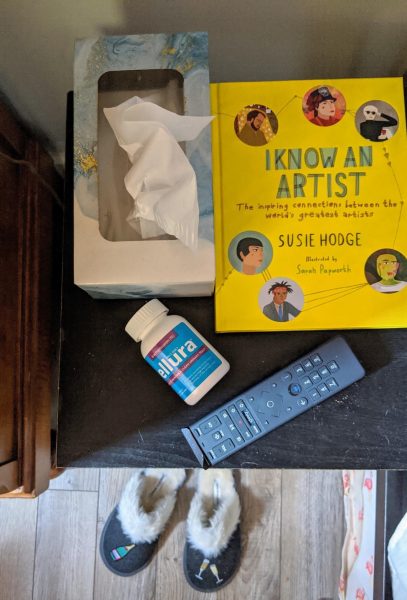 Once a day – every day

I keep ellura by my bedside so I remember to take it every day. One pill is all that it takes to keep my urinary tract in good health. There will be no more screaming for me. 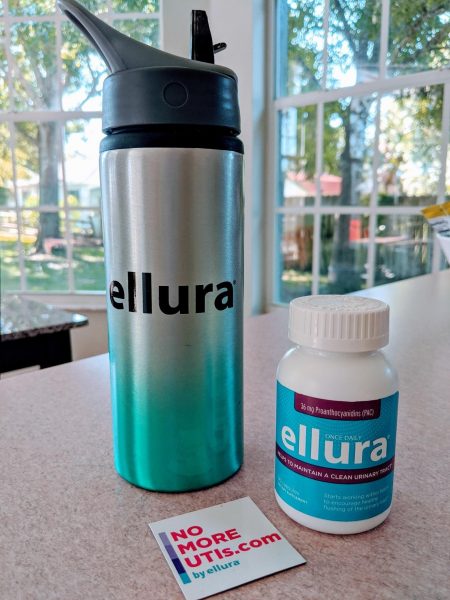 If you struggle with UTIs

If you find yourself struggling with repeat UTIs, give ellura a try. Use discount code CHAMPAGNELIVING for 50% off your first order at ellura.com. One use per customer expires October 9th at 11:59 PM ET.

ellura is naturally sourced and has no known side effects.  If you have a red fruit allergy, please consult your doctor before you start. ellura is not a treatment for UTIs, and using ellura should not replace the expert advice from your health care team.

This is a sponsored post written by me on behalf of ellura. 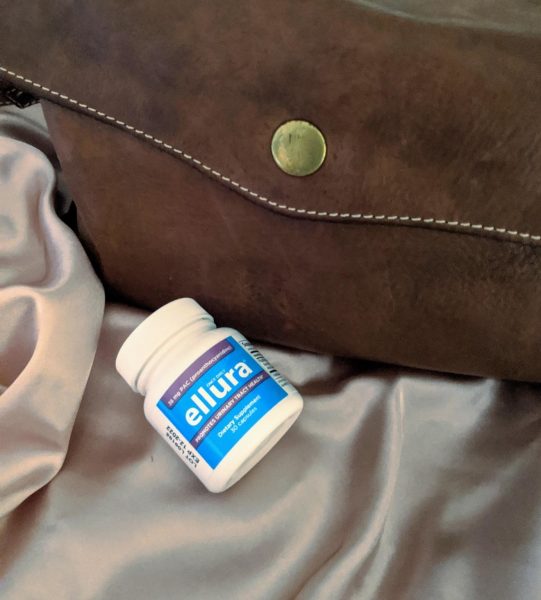 « My favorite things – September 2020
Why Are We Turning to Illegal Moneylenders to Get Through Hardship? »