You are here: Home / Health/Wellness / How ADHD Medication Affects the Non-ADHD Brain 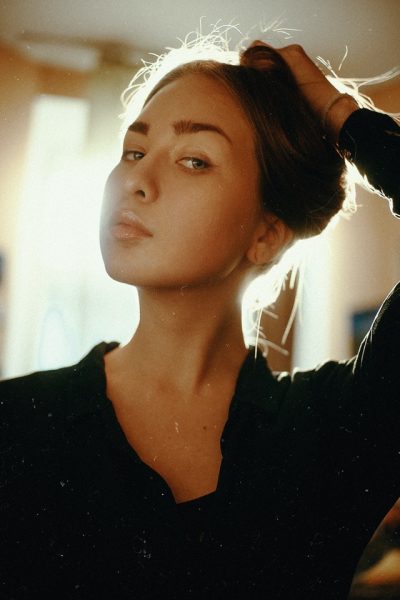 Attention-Deficit/ Hyperactivity Disorder, commonly known as ADHD, can be classified into hyperactivity, the inability to focus, and/or the tendency to act impulsively. ADHD presents itself differently in every individual. For example, children with ADHD may be more hyperactive as compared to adults experiencing this disorder.

Since some of the common symptoms of ADHD are inattentiveness and/or hyperactivity, the disorder can hinder the daily lives of a lot of people. While ADHD cannot be permanently treated or cured, some people may take medications to make their lives easier.

How Does Having ADHD Affect the Brain?

Dopamine is a neurotransmitter, commonly known as the “Happy Chemical”. It is also tied to memory, learning, concentration, and several other important functions. Since the most recurring symptoms of ADHD include inattentiveness, hyperactivity, and impulsiveness, it can be concluded that people with ADHD may not have enough dopamine content in their brain, which in turn affects their brain activity.

Low levels of dopamine in your brain will not only affect your mood, but your ability to work as well. Though having ADHD does not necessarily cause damage in your daily life, some people may require medical assistance to counter the neurodevelopmental disorder. As it may make it difficult to focus on tasks in educational, personal, or organizational environments.

What Do ADHD Medications Do to Your Brain?

Most ADHD medications, such as Adderall, are known as stimulants. These stimulants help restore the dopamine imbalance in your brain to allow it to function productively, whatever environment you may be in.

Since stimulant medications are short-acting and have a long-term effect- meaning they produce quick and long-lasting results, they can get addictive to users so it is better to use them exactly as prescribed.

Non-stimulant medications for ADHD are also available, also known as Strattera. These are great for a longer period as they are less addictive. However, they tend to be less effective as well.

What Are the Side Effects of Taking ADHD Medication?

Though most ADHD medications- be it stimulants or non-stimulants- usually produce desirable results either right after taking a dose or after multiple doses, they sometimes cause side effects for people too. Said side effects include but are not limited to irritability, loss of appetite, and a flat affect- in which the user may sense a loss or absence of personality.

While it is not uncommon to get these side effects, discussing with your doctor can make a substantial difference in finding the ‘right’ medication for anyone with an ADHD brain.

What Are the Most Common Medications For ADHD?

The most sought after and readily available ADHD medication in America is Adderall, which contains amphetamine and dextroamphetamine- which are central nervous stimulants. Since it is a stimulant drug, it allows people with ADHD to work at a neurotypical pace by increasing their overall ability to focus and be more efficient.

Aside from Adderall, Ritalin is also a fairly famous drug consumed by people with ADHD. Unlike ADHD, Ritalin’s active ingredient is Methylphenidate. A study conducted on college students shows that unprescribed use of Ritalin for people with non-ADHD brains can not only alter brain chemistry but also cause an alarming level of weight loss, along with disruptions to the circadian rhythm.

Focalin XR is also another central nervous stimulant, though it is milder compared to Ritalin and Adderall. It contains Dexmethylphenidate, and side effects can include getting a sore throat. Since Focalin XR is not as strong, withdrawal symptoms are uncommon unless you use it long-term.

Why Might Someone with A Non-ADHD Brain Take ADHD Medication?

Since ADHD medications help with symptoms such as an inability to concentrate by increasing the levels of dopamine, people with a smaller attention span may resort to ADHD medication. Additionally, aside from improving attention spans, stimulants may be taken by people with a non-ADHD brain to help increase focus levels on otherwise boring tasks such as educational or business-related material to perform effectively.

The most common stimulant drug usage is carried out by students, who are usually at developmental ages. Using stimulants to improve performance while your brain is yet to fully develop can not only alter brain chemistry but cause long-term behavioral and physical changes as well.

What Happens If Someone without ADHD Takes ADHD Medication?

Since stimulant drugs work towards stimulating the central nervous system, thus increasing and speeding up the level of chemical reactions for a brain that requires assistance.

‘Using these drugs for a brain that already provides an adequate amount of natural chemicals can be harmful in too many ways,’ acknowledges URP California’s CEO Bryan Alzate.

Drugs like caffeine are stimulants, which are used in the form of coffee by 90% of the adult population. While caffeine is not strong enough to be addicting, it can make regular caffeine consumers dependent on their ‘fix’. ADHD medication, such as Adderall, is far stronger and can develop into an addiction easily if precaution is not taken.

Having ADHD affects the brain by having a lesser number of neurotransmitters than the non-ADHD brain, resulting in symptoms such as inattentiveness and hyperactivity.

ADHD and its medication come with a lot of stigma and stereotypes. However, by communicating with doctors and adequate research, it can become a safer world to explore.

« Skincare Products: The Common Natural Ingredients and What They Offer
7 Tips To Help You Boost The Value Of Your Home »