You are here: Home / escape / Fly for Peanuts – guest post by Lori Allen 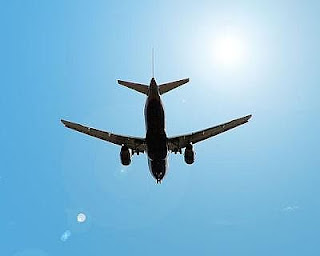 Soon after graduating from college, my roommate and I enjoyed several spontaneous weekend trips to random cities across the U.S. via Air Tran’s X-Fare program. Flights were cheap if you were under 23 and willing to fly standby. So cheap, in fact, that one weekend we decided to fly to New Orleans and back just for dinner.

Long story short, we landed late due to weather. Missed dinner. Had a crazy time in New Orleans that started with a man in a mouse costume with a pink furry hat chasing us down Bourbon Street. And we didn’t make it back home until the next day.

Back then, that was my idea of a last-minute cheap weekend trip. And it was fun.

You can’t get X-fares anymore. And even if you could, I’m willing to bet most people wouldn’t qualify for them because of the age limit.

But you can still get cheap flights. And you can still enjoy last-minute, spontaneous getaways, and find incredible deals on your flights while you’re at it.

These days, I use Kayak.com’s new Weekend Search option. And Farecast.com’s Graph Fares.

If I know where I want to go, but I don’t care which weekend, I use Kayak.com.

At the top of their search page, there’s a button titled: “weekend.”

With that button selected, you can choose upcoming weekends or search weekends within specific months. (Once you put in your preferences, look at the top left corner on the Kayak website for a list of the cheapest weekends and hit “Search.”)

If I know where I want to go but I don’t care what day I leave, I use Farecast Graph Fares.

There’s a box on their homepage at the bottom right corner titled “Travel Tools.” Click on “Compare Airfares.” Then click on the tab that says “Graph – when to travel.” Then simply put in your closest airport and the airport you wish to travel to and Farecast will show you a chart of the cheapest days to fly over the next 30 days.

For instance, when I put in DC to Vegas on this website, I can see that my flight would actually be $50 cheaper if I can leave on July 4.

Of course, I don’t want to leave on July 4, because it’s a holiday. Which is why I didn’t book this flight. But it’s cool to see that it’s an option. And when my schedule is a bit more flexible, I use Farecast’s graph to help me choose the best departure day.

You can’t search for first-class fares on Farecast, but you can on Kayak. (I don’t worry about that, though, since I can usually get free frequent-flyer upgrades on Delta.)

These first two Flying for Peanuts secrets work best for quick or last-minute trips. But you can still get good deals on major vacations.

Flying for Peanuts Secret #3: Make your flight cheaper with a round-the-world (RTW) ticket.

A round- the-world ticket is one of the best ways to get a great travel deal.

RTW tickets seem to defy logic. How could it be that adding destinations to your itinerary makes it cheaper?

Amazing as it is, you can get unbelievable deals on flights to Australia, South Africa, Southeast Asia, Europe, and more on a round-the-world ticket.

How It Works: RTW booking agencies, like Airtreks.com, work with almost every airline in the world to combine the cheapest flight segments they find into attractive, inexpensive itineraries. And they buy so many tickets, they can negotiate low-low fares.

Say you want to go to Australia…

With an RTW ticket, you could fly to the Cook Islands, Auckland, New Zealand, and Sydney, Australia from $1,499 plus tax.

The cheapest round-trip ticket I found from Los Angeles to Sydney on Expedia.com is $1,639. So not only is the RTW ticket cheaper, you also get to fly to New Zealand and the Cook Islands for free.

RTW tickets open up many doors to travel that is otherwise out-of-this-world expensive. For example, if you want to go from New York to Bangkok, you could pay around $1,780 for a round-trip ticket (from Expedia).

But if you take an RTW ticket, you could do New York – Singapore – Bangkok – Rome – London – New York starting at $1,749 plus tax. Again, it’s like getting an extra continent into your itinerary for free.

If continent-hopping isn’t your thing, sometimes you can leave stops off of your itinerary altogether. Check with your booking agent to find out for sure.

Before you plan an RTW trip, keep a few things in mind: Waiting until the last minute to book RTW tickets won’t get you the best deal. Since the ticket agency has to figure out the cheapest tickets for your route, you’d do best to book as far ahead as you can.

Also, pay attention to high-season and low-season at your travel destination. Some RTW tickets charge a supplement for high-season.

RTW fares aren’t hard to book. But I suggest you do your research before you dish out your credit card number. I could have saved $2,000 on my last RTW ticket if I’d known then what I know now.

NOTE: Farecast is now Bing.com/travel – simply click on “Farecast technology” (under the arrows)

[Ed. Note: The truth is, you don’t need thousands of dollars to travel the world this summer and take vacations your neighbors will drool over. Join AWAI’s Get Paid to Travel teleconference, and they’ll show you real-world strategies you can put to use now to access this jet-set lifestyle. You could be traveling the world and getting paid to do it… and they’ll show you how to get started – for less than $20.]

This article appears courtesy of Early To Rise, a free newsletter dedicated to making money, improving health and secrets to success. For a complimentary subscription, visit http://www.earlytorise.com

« Fruit2O Essentials – How do they do it?
Temple Touch Thermometer – review & giveaway »