You are here: Home / home / Finding The Mansion 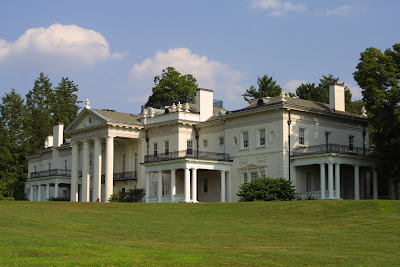 With the housing market still in the dumps, I think that the decision regarding whether it is best to buy or rent your house is a little more important than it used to be. I grew up believing that the most important and solid investment you could make was OWNING a HOME (this was pre-2005). Unfortunately, between the greedy sub-prime lending industry and the money hungry flippers who thought they would become millionaires overnight from buying & selling homes, we’re left with homes that may be worth much less than we paid for them.
I was one of the lucky ones. I sold the home that we lived in in May of 2004 at the height of the market, for more than the asking price (there was a bidding war). My husband and I sold just about everything that we owned, sold our cars and bought an SUV and drove down to Florida. We were lucky, it was off-season and my dad was a snowbird and I knew that his home would be vacant until November or December. We weren’t certain exactly WHERE in Florida we wanted to live, so we rented in an apartment community.
We spent a couple of years there and we watched as the housing market quickly crumbled.
I’m lucky to have a brother who is a whizz at numbers (he’s an VP for a regional bank) and we talked about the housing situation. He had me crunch the numbers to see how much we could afford – COMFORTABLY – to spend on housing and then compared buying vs. renting. Since enjoying life is one of my GOALS, I don’t believe in being house poor. When adding up the costs of a mortgage, HOA, homeowners’ insurance and taxes vs. renting a house – it became a no-brainer. We became renters.

I began my search using Craigslist and the local newspapers, as well as those FREE housing magazines that you see at the supermarkets. I found an agent who handles the types of houses that I was looking for. I wanted to be in a NEW house in a gated community with a LOT to offer. We ended up in just that, but after a year we realized that the house was poorly built with problems from a builder who cut corners. But, you don’t own it, you say! It didn’t matter, we lived in it. We had to put up with a faulty air conditioning unit, etc. Plus, the house was put on the market FOR SALE and I wasn’t offered a lease (just month to month) for the second year.

So, I ONCE again began my search. I knew what I wanted (EVERYTHING) and I knew how much I wanted to pay. I still wanted a new house in a gated community, but now I wanted even MORE amenities than I had and I wanted it even CHEAPER.

I PLACED A WANT AD on CRAIGSLIST. Here’s what I said

Body – “We are a retired couple in our 50’s with a 35 lb. dog who are looking for a house in an upscale gated community. We now live in XXXXX, in a 3 bedroom, 2 bath home. We are looking for something comparable or better. I would like to have a fenced in yard and a screened-in swimming pool, but neither of these are deal breakers if we find the right house. We will not consider houses that are in or near foreclosure and we are looking for a long term lease. I’d like to pay $1,000 a month, but am flexible depending upon what is included. We are looking to move on or around…..”

I placed this ad 3 months before we had to move, giving me plenty of time to find what I was looking for. I immediately let them know that we have a dog, so I didn’t have to fall in love with a house only to find that they didn’t allow them. They also knew that we had no children at home and we had the time (retired) to care for their home.

We received SO many res 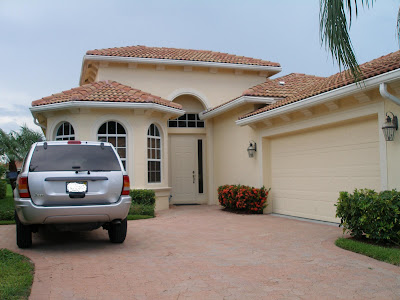 ponses, that there was NO WAY that I could look at all of them. I had to choose what I wanted to see based upon the neighborhoods. But ONE of them stood out. I received a response about a house in a neighborhood, where I KNEW that the rents were over $3,000 a month. The houses go for anywhere from $250,000 (for a 2/2 condo) to $3 Million dollars. A HA!!!!

We went to see this house and IMMEDIATELY fell in love. It was almost 3,000 sq. feet and although it had neither the pool nor fenced yard, it sat on a pond and was in a community that includes 5 golf courses and a resort style pool, tennis, fitness center and clubhouse (with classes, a theatre, a billiard room, and much, much more). I must have asked 5 times if they were SURE that they wanted to rent it for only $1,000 a month. I got LUCKY (to say the least), because what these owners wanted was a couple with no children to care for the house the way that they would. As a matter of fact, they had never rented it out because they were afraid it would get ruined. They had purchased the house at auction (for cash – so no chance of foreclosure) for their elderly parents and unfortunately the parents took ill and had to live where they would be cared for. Knowing that the market was just getting worse and worse they offered us a lease with the option to renew for 3 additional years. We found our HOME.

UPDATE: The market seems to have hit bottom here in South Florida, and once again I’m on the lookout for a great deal, only this time it makes more sense to buy. With so  many foreclosures, short sales and deals out there I’ve been looking for deals that will give me the most house for the least amount of money. I haven’t found the perfect place yet, but I’m certain that I will (and can’t WAIT to redecorate).

Why did I tell you all of this? Because this is what Champagne Living is all about. It is about getting CREATIVE and finding ways to live rich for less. It is about time vs. money. You and I understand that you don’t always need cash to get what you want, that a little creativity and time go a long way.

« Mr. Chewy arrives at my door
Fashion: Dazzle me with shoes and I’m yours »