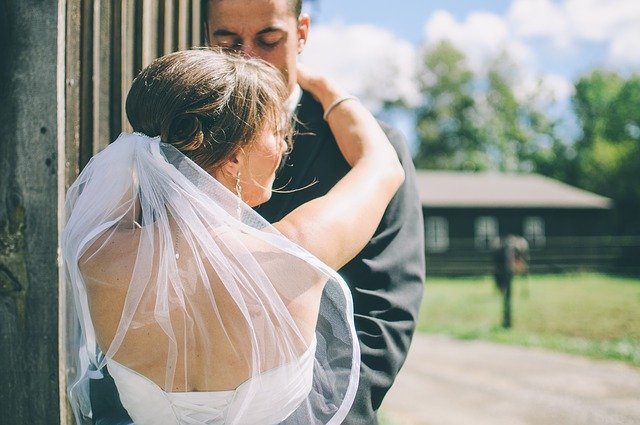 DIY weddings are all the rage nowadays for those wanting to tie the knot on the cheap. Taking your own wedding photos might be a step too far, but you may still be able to hire a friend to take photos and do the editing work yourself. Editing is, after all, half the job of a wedding photographer – as pretty as you and your guests may look on your wedding day, there are always going to be a few unflattering photos or blurred pictures in need of touching up.

Editing photos isn’t as complicated as many people think. That said, it’s worth understanding the basics before diving into editing software. Here are just seven tips to help you edit your wedding photos.

Use the right editing platform

To edit photos successfully, you need the right editing software. There are lots of options out there – some of which are fairly complex and better suited to professionals. If you want powerful editing tools without having to pay huge amounts of money or get too nerdy, you should consider tools such as PicMonkey, GIMP, Skylum Luminar or Adobe Lightroom.

By choosing a well-known editing platform, you’re guaranteed lots of support, including plenty tutorials and guides online. There are also sites such as Greater Than Gatsby that contain useful presets for programs like Lightroom. Such presets can make editing easier and could save you a lot of time playing around.

Learn how to crop

Cropping is a way of cutting away unwanted areas of photos so that they contain only the most important parts. In the old days of photography, this involved physically cutting away parts, but nowadays it can all be done digitally.

The biggest mistake people make is often overcropping images – sometimes a bit of background can be important for giving an image context. Cropping images into a square has become trendy, however, if you’re making a slideshow you may want to consider cropping photos to 16:9 ratio instead. This guide at Tech Smith offers more tips on cropping.

Turn up the brightness

In many cases, brightening up an image can help it to look sunnier and happier. Consequently, this is a great feature for making wedding photos feel more magical – especially those taken indoors that may have a slightly gloomy look due to low lighting.

Resist upping the brightness too much as detail may be lost and people may start to look unnaturally angelic. A lot of editing programs will have automation tools and presets that may be able to help you find the sweet spot.

Play with the contrast

Changing the contrast can have a similar effect to changing the brightness, while also making photos feel more vivid. The contrast refers to the difference between light and dark pixels – greater contrast will result in lighter light pixels and darker dark pixels. This can help muted tones to pop.

As with brightness, you can overdo contrast. This could make the dark parts overly dark and the light parts overly light. Many photo editing programs can help you out by allowing you to choose from presets. You can read more about how to use contrast in this guide at Photocritic.

Change the vibrance and saturation

Vibrance tends to have less of a dramatic effect on the appearance of a photo than saturation. It could be useful for bringing out the color in someone’s hair or dress if the lighting has made it appear a little faded.

Saturation could meanwhile be useful for bringing out multiple colors if a photo has an overall grey feel to it. It could also be used to subdue certain colors such as the redness of someone’s face.

Petapixel offers a useful guide to distinguishing the two and how to use them effectively.

Brightness, contrast, vibrance and saturation can all greatly affect one another and it’s possible to spend hours alternating between the four in an attempt to find the perfect balance. Presets can take away a lot of the stress, but you may not always find the right combination so don’t be afraid to play around (it’s wise to always keep a copy of the original image just in case you need to revert back to it).

Photographs taken in low light may sometimes appear a little fuzzy – there could appear to be small specks. The photography term for this fuzz is ‘noise’ and the process of getting rid of it is known as ‘denoising’.

Some photographs may also end up a little out of focus (especially if a friend or family member is taking the photos) and there could also be some photos of people dancing or moving that contain motion blur. You may be able to get rid of this blurriness by adjusting the sharpness.

Iron out blemishes and wrinkles

Spots, moles, warts, wrinkles, and other unwanted skin blemishes can also be digitally removed from your photographs. Photoshop’s famous clone stamp feature is the most popular tool for doing this – however, many other editing programs have their own features.

This same feature can be used to get rid of other features such as unwanted shadows or even marks on dresses. It’s a useful feature, but like any of the features in this list, it’s possible to go overboard. If you remove too many moles and wrinkles from someone’s face, it may start to look too fake. Consider removing a few blemishes, but don’t completely transform people’s faces.