You are here: Home / escape / Would you travel for Cupcakes? 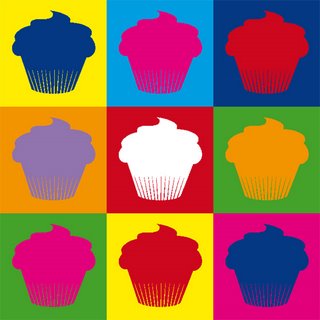 I  love Cupcakes! I love cake too, but I’d probably sit with a cake and a fork and forge my way through more than I should, so a cupcake is JUST the right size for that cake craving. I try to find the BEST cupcake bakeries wherever I happen to be traveling.

Wouldn’t it be fun to do a Cupcake crawl around the country world….just going from one cupcake bakery to the next?

Long a favorite among Hollywood’s elite, Sprinkles is old time European baking in a modern setting. Using only the freshest ingredients, including vanilla Bourbon from Madagascar, Sprinkles is known for its freshness. Baked in small batches throughout the day, the cupcakes bought at Sprinkles are guaranteed to almost melt in your mouth. With cheap flights to LAX available from almost anywhere in the U.S., a visit to Sprinkles awards everyone the chance to live like a Hollywood star for at least one day.

The television show Sex and the City made cupcakes in New York fashionable when Sarah Jessica Parker was seen eating a Magnolia’s famous cupcake in an episode. Due to the influx of customers on a daily basis, walk in customers are limited to only one dozen cupcakes when visiting New York’s Magnolia Bakery. Located in the residential area of the West Village, Magnolia Bakery prides itself on the traditional cupcake. With tourists from all over the world flocking to the bakery, passengers with stopovers on flights to New York will find Magnolia’s Bakery and easy excuse for extra time in the Big Apple.

See the comments below…there is no longer a limit on how many cupcakes you can buy, which is especially GREAT around the holidays!

Sprinkled throughout the metro Washington DC area, Cake Love is a local favorite among Washingtonians. Favorite cupcakes including the legendary red velvet with cream cheese frosting offer cupcake lovers a wonderful delicacy while touring America’s museums and national monuments. Visitors to the nation’s capital will not be disappointed by the vast varieties of cupcakes Cake Love has to offer.

Founded by Eric Lanlard, a French patissier and Patrick Cox, a trained and renowned shoesmith, Cox Cookies and Cake based in London’s Soho has made a name for itself in the cupcake world. Classics include mouth-watering red velvet with cream cheese frosting and the legendary ‘Bling’ cupcake which includes sparkling sugar that resemble diamonds. For the edgy customer seeking a cupcake treat, the ‘Black Skull” cupcake proves up for the challenge featuring goth black frosting and a jewelled skull on top of dark chocolate.

Skyscanner is a leading travel search site comparing flight prices for over 670,000 routes on over 600 airlines, including flights to Hawaii, Europe and Asia