You are here: Home / escape / Cruising / Some Freedom on the open waters – RCCL 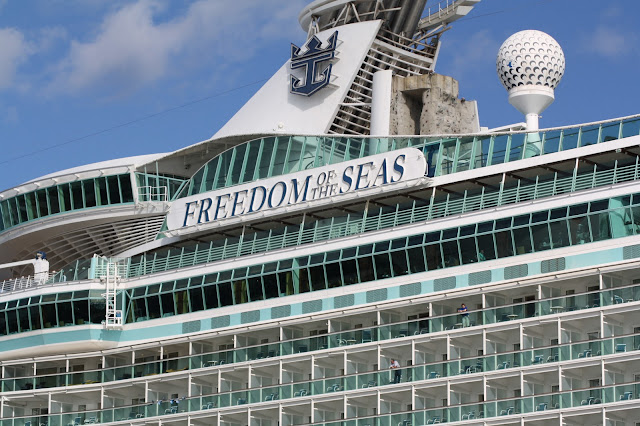 While I love nothing more than traipsing around a new city exploring what it has to offer, Mr. S prefers playing golf, sitting by the pool or beach and reading. I love being around lots of people and he’s loves solitude. I could go dancing and then on to the casino to gamble the night away, while he loves to catch up on movies that he hasn’t seen. Since gambling and movies seems to be at their best when taken on one at a time, I let him have his movies, and I brought my mobile phone along to play a little Party Bingo from a mobile app that  I could play while he watched the action on the big screen. I knew there had to be a better middle ground out there somewhere **WINK**. Of course on a cruise there is just so much to do.

While the fact that we’re so opposite seems like it would make vacationing tough, there is one thing that we BOTH enjoy doing….cruising. WHY? Because it offers each of us the things that we love to do most. I rush off the ship when we get to the port to explore, while he remains on board and has the ship to himself. I’ll be making friends by the pool, and Mr. S will be swinging a 7-iron in a game of virtual golf.

So, we try to take at least ONE cruise per year (since I get to feed my travel habit though out the remainder of the year). 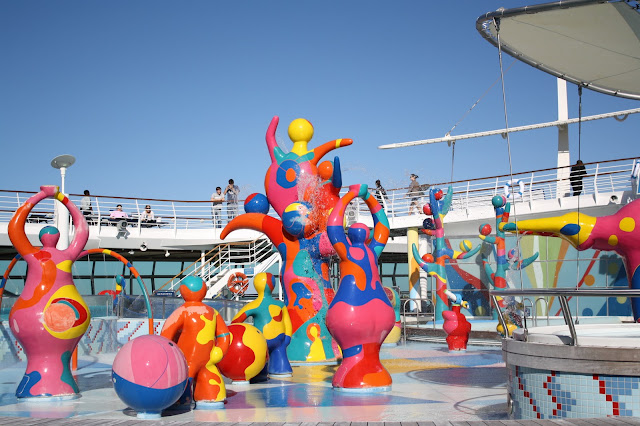 Last week we had the opportunity to cruise aboard Royal Caribbean’s Freedom of the Seas courtesy of Bud Light on the Port Paradise III Cruise.. It was our first trip with RCCL (having traveled with the Princess line repeatedly).

While there are newer and larger ships in Royal Caribbean‘s fleet, the Freedom has all of the amenities that RCCL is come to be known for. Built in 2006, the Freedom WAS the largest passenger ship until the building of the Oasis and the Allure. 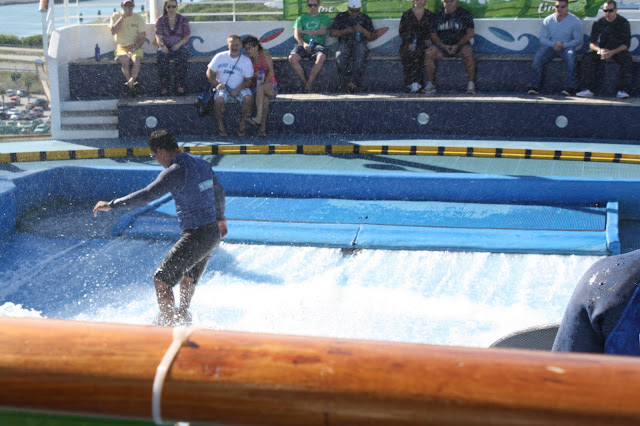 From the Royal Promenade, which feels like you’re walking down a city street lined with restaurants and shops, to the FlowRider, Rock Climbing Wall and Ice Rink which are RCCL‘s signature activities, the Freedom of the Seas provided something for just about every one.

This was a very quick trip. We made two stops, one in Nassau and the other on Royal Caribbean’s private island Coco Cay (where we were treated to a private concert by The Dan Band and Nelly thanks to Bud Light). As per usual, Mr. S sat on the deck by the pool, enjoying a little James Patterson, while I spent my money at the straw market in Nassau. 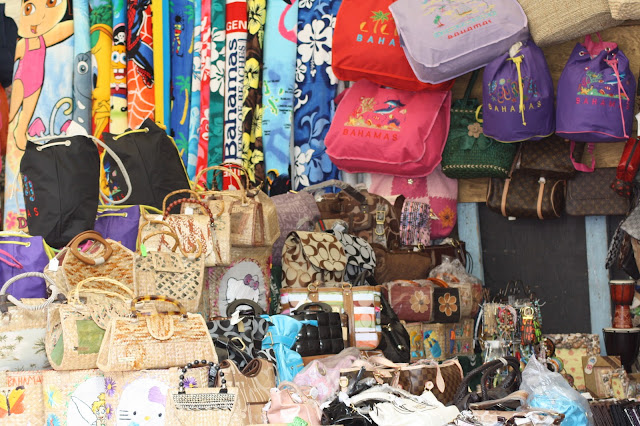 The highlights of the ship were definitely their OVER-SIZED cantilevered whirlpools. It’s great fun looking down onto the ocean as you’re sitting in a bubbling cauldron. The weather was rather chilly (as it usually is this time of year in Florida and the Caribbean), and the whirlpools were a welcome bit of warmth. A visit to Casino Royale reaped rewards, and the size of the casino was MUCH larger than I had experienced on other lines. I felt as though I were in a smaller version of a Las Vegas casino. 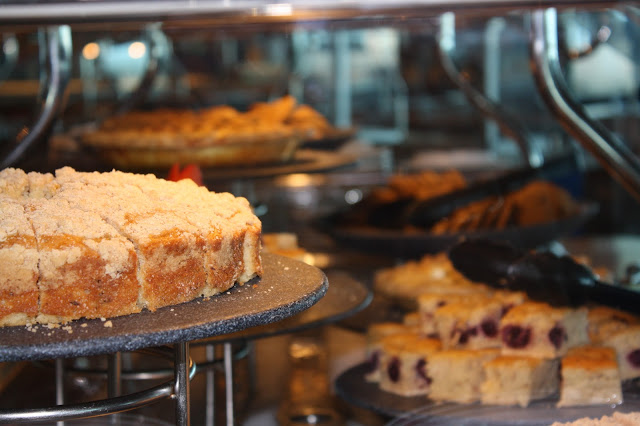 Most people look forward to overeating while on a cruise. I never understood that. My theory has always been that you can’t offer QUALITY food when you’re trying to feed THAT many people on a ship. While I’ve always found that the QUANTITY of the offerings outweighed (sic) good, well prepared dinners, this is NOT SO on the Freedom. I was genuinely impressed by the quality of everything from the food in the Windjammer Cafe (buffet) to room service (where we ordered a cheese platter that included brie and bleu cheese along with a fresh fruit platter each evening and sat on our balcony and relaxed). With offerings such as Portofino (Italian), Chops (steak house), Ben & Jerry’s ice cream and Johnny Rockets for a little extra money, the choices are endless. Grab a slice of pizza with your favorite topping at Sorrento’s or sit and enjoy some Seattle’s Best coffee at Café Promenade (both located on the Royal Promenade) in between shopping or getting a shave.

Because the larger ships are reeling in the new cruisers, you’ll find bargains about the Freedom of the Seas. Keep an eye out for last minute deals, I’ve seen them at under $50 per day!

One final thought. This was our first time leaving from Port Canaveral, rather than Fort Lauderdale or Miami. This cruise port is much smaller and easier to maneuver. Parking was a breeze and boarding the ship quick. The same came when it was time to disembark. We were off the ship and on our way home within 20 minutes.

While my trip was comped (except for taxes and tips), opinions about this cruise are strictly my own.

« Would you travel for Cupcakes?
Don’t just dream about a luxury vacation….. »