You are here: Home / Health/Wellness / What are the effects of dehydration? 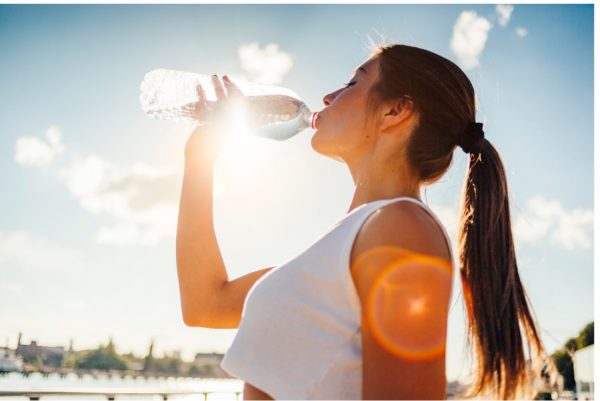 When our bodies aren’t properly hydrated, we cannot carry out the many bodily functions that require water. Dehydration occurs when you lose more fluids than you consume. In mild cases of dehydration, drinking lots of fluids will return the body to a hydrated state. In moderate and severe cases, oral rehydration therapy may be required to restore balance in both body and mind.

Symptoms of dehydration include dry mouth, headache, dizziness, fatigue, and low blood pressure upon standing up quickly after lying down. People who are dehydrated often become dizzy or lightheaded because the reduction in fluid reduces blood volume and thus the amount of oxygen that’s being delivered throughout the body.

How does dehydration affect the body?

When people have reduced levels of fluids in their bodies, they can’t carry out normal functions. The brain is an extremely water-intensive organ; it requires around 120 grams of water per day to function normally (in fact, your brain actually shrinks as you get older because of this). If our brains don’t work well, we can’t think clearly or perform everyday tasks. Without enough fluid volume, blood pressure drops, and organs like the kidneys may not be able to remove waste products effectively.

What are its causes?

What are the signs and symptoms of dehydration?

What happens after dehydration?

What effect has dehydration on men?

Dehydration is associated with a variety of physical and mental effects that can be detrimental to the human body. Chronic dehydration leads to a deficiency in several essential minerals and nutrients, which can have immediate as well as long-term consequences on your health. Dehydration reduces the water levels within all cells of the body, which impairs cellular functions. Over time, if this process goes unchecked it may contribute to problems such as fatigue, irritability, poor concentration, low resistance to infection, and mood swings.

What effect has dehydration on women?

Women have less total body water than men but they need more because their bodies have a higher percentage of fat tissue making them relatively dry inside. It is estimated that up to two-thirds or more of women may be dehydrated without knowing it. And, dehydration has some additional specific female risks. Among them are urinary tract infections and bladder stones from having to urinate too frequently when not enough fluid is taken in or when exercise-induced sweating causes loss of fluids. Inadequate hydration during pregnancy can also contribute to the formation of kidney stones, which can cause complications in pregnancy.

What effect does dehydration have on female odor?

Dehydration causes the loss of both salt and water. As a result, bodily fluids are thicker than they would be if you were properly hydrated. The human body has developed an incredible way to maintain homeostasis which also includes balancing hormones while attempting to rid itself of excess fluid weight through sweat and urine. Salty sweat is the most prevalent form of excessive sweat, but it doesn’t occur without reason; it’s your body’s way of working with you in order to keep your temperature under control.

What effect does dehydration have on odor?

If it gets too hot outside or if your workout routine becomes intense, then perspiration can become unpleasant-smelling because the odor is actually associated with bacteria living on our skin that begin to break the sweat itself down into various acids. Still, perspiration itself can actually have advantages. When you perspire, you may not smell like roses but at least your body isn’t emitting ammonia which is the result of sweat mixing with bacteria found in your urinary tract or on your skin. Sweat’s natural odor can be reduced by increasing water intake and reducing salt intake to prevent excess sodium loss which also helps reduce blood pressure.

What happens during dehydration?

Dehydration occurs when the human body doesn’t receive enough fluid to replenish the amount that was lost through sweating breathing urinating sweating diarrhea vomiting exposure to high temperatures stroke cancer treatments or any other form of illness. It is important that if you are dehydrated, either drink water which contains minerals to replenish the sodium and potassium that you lost.

What happens during rehydration?

When dehydrated, your body lacks water. When hydrated, your body has enough water. You should drink more water when exercising or in hot weather because it is easy for the human body to become dehydrated which causes fatigue. There are two ways of rehydrating after exercising: drinking sports drinks (which contain electrolytes) and having a glass of tap water with a pinch of salt added to it after a workout session. The amount you need depends on how much fluid you have lost through urination sweat breathing and vomiting. If you don’t take in an adequate amount, illness can result as well as death.

How much water should I drink per day?

The amount of water you need depends on a number of factors, including your health status, activity level, and where you live. Generally speaking, however, the Institute of Medicine suggests that men consume roughly three liters (about 13 cups) of total beverages a day and women consume 2.2 liters (about 9 cups) of total beverages a day. While the exact amount will vary from person to person when in doubt, drink more rather than less. If you’re having trouble reaching your daily hydration goals despite increasing your water intake, an IV in Bellingham can help fully rehydrate your body in the comfort of your home.

What are the effects of dehydration?

Your brain actually shrinks as you get older because of this). If our brains don’t work well, we can’t think clearly or perform everyday tasks. Without enough fluid volume, blood pressure drops, and organs like the kidneys may not be able to remove waste products effectively.

« Title: Can a Metabolic Reset help you lose weight?
7 Affordable Luxuries to Add to Your Home This Year »