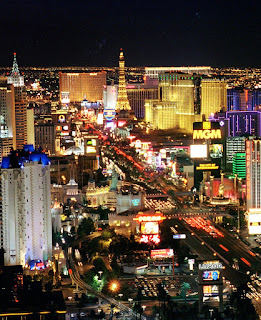 I’ve only been to Las Vegas once in my life. Mr. S. and I were on our way to pick up our dog. We were driving from South Florida to just outside of Los Angeles, CA to get him. I know – we’re CRAZY that way. Anyway, we stopped in Las Vegas for about three days before picking him up and driving back. We stayed at The Venetian and of course I had gotten us this AMAZING suite for a little nothing.

I LOVE TO GAMBLE. If you’re one of those anti-gambling types, you won’t appreciate this at all. Day one – I go downstairs to gamble and I LOSE, LOSE, LOSE. I’m a card player and I never gamble more than I can afford to lose . All the same, even if you’re down $20 you still get that sick feeling in the pit of your stomach.

Day Two, I head over to Paris, Las Vegas. As everyone knows, I’m a Francophile so I guess that the Paris was my lucky spot because I not only won back what I had lost the day before, but I won enough to pay for our stay in Las Vegas – food and entertainment INCLUDED. Being FAIRLY smart about things, I stopped gambling. Well, actually Mr. S. (who doesn’t like gambling like I do) grabbed the money and said “you’re up – so, you’re done.” If it were up to me, I would have kept going…..oh well.

The remainder of our visit was spent dining out, shopping, seeing the sites etc. Mr. S. liked it as much as he likes going on cruises, because these HUGE hotels have EVERYTHING you could ever want – besides the casinos you’ve got fitness centers, pools, LOTS of restaurants and great entertainment. The Venetian even had a HUGE Mall with the Grand Canal running through it. Unfortunately, we won’t be going back any time soon – since we just got back from New England and I’m beginning to plan my yearly trip to Paris.

If you’re thinking about going on an inexpensive vacation with LOADS of fun, some of the HOTTEST hotels on the strip are having their summertime specials.

If you’re planning on calling instead of booking online, make sure that you mention that this is the “Beach Escape Promo”
You’ll find the best deals to be had on weekdays in August/September

Gift of Escape Package which includes

Get to the Point Package

There are a LOT more specials going on and I’ll see if I can get some more of them posted later on in the day.

« Mystery Shopping – telephone shops.
and Away We Go (to live the good life) »