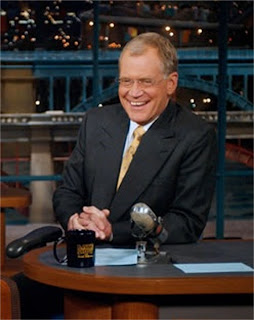 OK, so you just looked at your calendar and it’s packed with both private and public parties, but you’ve got Saturday night free and think “Hmmmm, I wonder if I can score some FREE tickets to see a taping of Saturday Night Live?” Well, unfortunately, SNL doesn’t tape in August (they take the summer off), but there are a LOT of shows that do tape year round.

This list includes shows that may or may not be taping while BlogHer is going on, but I know that many of us will be there early (or staying a few days after the conference to decompress before heading home).

Notes
Dress your best! Unlike other TV shows, you will likely be on-camera when you come to The Dr. Oz Show

The Late Show with David Letterman

Notes: Check out the stage door right after the show, you may be able to see a guest or two making their exit (get your camera READY).

Tickets
Request tickets ONLINE
Stand-by tickets are available by calling (212) 247-6497 starting at 11:00 a.m. on the day of the taping you wish to attend

The View
(on hiatus for the week following BlogHer, if you’re going in early you might be able to score tickets)


Tickets:
Request tickets ONLINE – you must be an abc member to request (easy sign up)

This is just a small sampling of the FREE TV shows with available tickets in the NYC area.

Enjoy and I’ll see you at BlogHer in August!