You are here: Home / Buzz / Sex and the City 2 Soundtrack 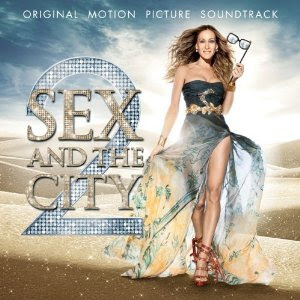 Why do I put the cart before the horse? Here I am about to review the Sex and the City 2 Soundtrack from a movie that I haven’t even seen yet. The problem is, that I have no emotional attachment to the film, so the soundtrack becomes simply a collective assortment of songs that I am listening to.

On an individual basis, there are tracks by some artists that I LOVE like Cindi Lauper, Erykah Badu, Alicia Keys and Dido. My problem is that other than the “True Colors” by Cindi Lauper none of the songs REALLY stand out. The cover of Beyonce’s “All the Single Ladies” by Liza Minelli came across as a kitschy version of the song that was almost sad, as she no longer has that “IT” factor that made Liza “LIZA.” Instead she comes across as a poor imitation of her younger days.

My feeling is that this CD just didn’t have the same SOUL as the first one did. There’s no Nina Simone or Al Greene and Joss Stone making us FEEL the music. Instead it’s filled with varying forms of electronica, a boys choir that sounds like EVERY other I’ve ever heard and some weak numbers by artists who’s work is MUCH better than what has been put on this disc.

Perhaps once I see the movie and the songs take me to particular scenes I’ll have a different perspective, but for now I’m not impressed. 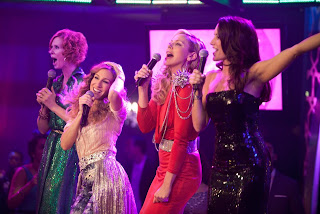 Stay current with the  SATC2 Soundtrack – Fan them on FACEBOOK!

Check out
Sex and the City 2: Original Motion Picture Soundtrack

is available for purchase from Amazon.com for $11.99

Thank you to the One2One network for sending a copy of this soundtrack for my CD Review. I was in no way compensated for this post and all opinions are strictly my own.

« Diva + Nature = Sunny Day Snacks
Fire up the Grill for The Ultimate Cookout. »