You are here: Home / Buzz / Peet and Re-Peet I’ve told this story before. I worked for a major coffee company. I started as a shift supervisor and worked my way up the ladder quickly. I know coffee. I know so much about coffee that it would bore you to tears (worse than looking at family photos from that we took when Ben was young). I’ve can talk about coffee like it was a fine wine, I can tell you what to pair with it to bring out the flavor, and I can do a cupping like nobody’s business. I can talk about the taste, after taste, acidity and body. But you don’t want to hear that….you just want to know one thing….

Does it taste good?

And in the morning when I put my K-Cup into the Keurig….that’s ALL that I want as well….a good cup of coffee.

When I worked for that OTHER company, my regional office was in Boston. The first time that I ever tried Peet’s I was on my way to work (from the T to the office). It was convenient and I needed a caffeine fix before work. When you’re exhausted and on your way to work, brand loyalty goes right out the window. It’s THOSE times that you expand your horizons, and Peet’s became a staple on my way to work. I’ve been a fan of 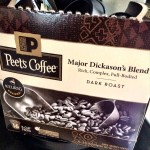 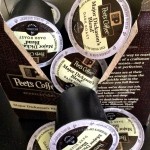 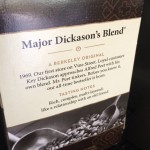 This was  one of my go-to coffees on the way to work (otherwise it was an Americano). With a rich full-bodied flavor that’s bold but not acidic, this dark roast offers a nice balanced flavor. Shoot…I’m doing it again. It’s a REALLY good cup of coffee (better?). 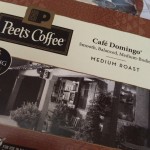 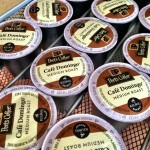 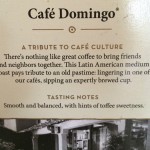 This week I tried Peet’s Café Domingo for the first time. I’ll spare you the intricate details of my first cup and how I broke it down. Just know that it’s a bit lighter on the tongue than the Major Dickason’s Blend. Café Domingo tastes like that coffee you crave in the morning, and because the roast is lighter, it tends to be slightly sweeter. The balance between a smooth coffee and an acidic one has been finely tuned in this Latin American blend.

I KNOW what I like, but every once in a while you’ve got to branch out to find a new favorite. You’ll find that what I often do when I order my coffee from Cross-Country Café is to get two or three different boxes at a time. I always choose one that’s an old favorite along with one I’ve never tried before.

I received K-Cups from Cross Country Café to facilitate this post.

To order either of these Peet’s varieties: