You are here: Home / Ride / Never Driven Before? Gotta Do It? Here’s What To Do 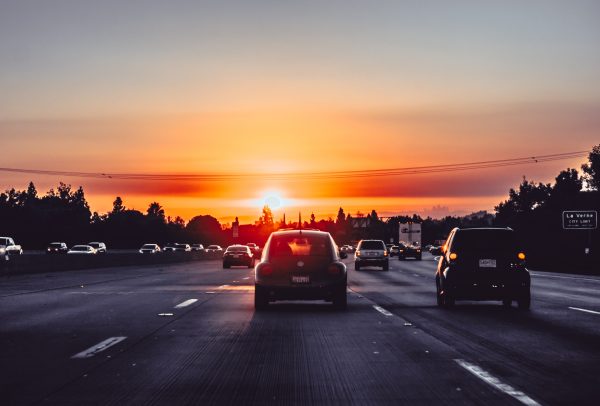 Many of you don’t know that I didn’t learn to drive until I was almost 20 years old (instead of 16 like the rest of my classmates). For many, the idea of hopping in a car and driving away without any fear or anxiety is a crazy one. They prefer to simply ride shotgun and not worry about being behind the wheel at any point. Not driving and getting into any collisions is a much better idea than making mistakes and potentially being in accidents! Driving and getting from A to B in a much better time is obviously the most sensible thing to do in this day and age, but there are those select few people in our community that just don’t want to do it. Whether it is the fear, laziness, or just lack of interest, walking and taking public transport are a lot more appealing for these types!

Are you in this position? It’s cool if you are; you’re not the only person in the world that has declined the opportunity and, in turn, has absolutely no idea about the first thing regarding cars and other vehicles. From the outside looking in and from a completely inexperienced person, driving can be quite a daunting prospect. A lifelong shotgun-rider has no idea how someone can simply shift gears while talking and focusing on other things. They also have no idea how people can stay so relaxed in a machine that has all the potential to cause so many problems! It’s actually super understandable if you choose to stay firmly away from that stuff.

But, alas, most of us need to drive a car in order to get things done. We also have to drive due to the fact that it provides the much-needed maturity and togetherness that grown human being should possess. As much as it can be quite a scary thought; it needs to be conquered. As we mentioned earlier, if you have absolutely no clue about cars or how to drive them, then that’s okay. Nobody knows anything straight away; they have to learn to pick up pieces of information over time. The position you’re in now is where every single driver started – they weren’t born with a steering wheel in their hands!

Fortunately for people that are a little shaky and intimidated, driving isn’t actually that daunting. It just looks and sounds that way. It’s always something that a more authoritative and commanding person in the group does, but it’s nothing more than a few simple maneuvers repeated over and over again. If you’re still not sure about the whole idea, and you want to know about a few ways you can get into it all, then the following points may be able to help you with your journey into an entirely new era filled with motoring maturity and confidence.

Do A Little Research

Before you even think about stepping into a car, it might be a good idea to do some research into the whole thing. If you’re completely in the dark, then you’ll want to know a thing or two before dipping your feet in. You may be feeling a little anxious, so heading online and reading up on a few things should put your mind at ease a little. Obviously, the inner workings of a car are pretty difficult to understand for a newbie, so you should probably stay away from that side of things – unless you’re super interested. Read up on stories from people that were in your exact shoes. Watch videos of learners and newbies, and look how simple it actually is. It might also be wise to check out different routes so that you’ll have that knowledge stored in your head for when the time comes.

Recognize That It’s Probably For The Best

A lot of people put driving off for years. We’ve talked about the idea of fear, but another way they put it is off by convincing themselves that life will be just as convenient and simple without a personal vehicle in their lives. While walking is good exercise, driving is the superior method of transport when it comes to convenience, unfortunately. If you want to be more efficient with your day, or you want to be more together as an individual, then you’re going to have to drive your own motor!

Once you recognize that this is the case, then the motivation to get behind the wheel more than increases. When you think about all of the opportunities that could arise, you’ll be jumping at the chance, and the anxiety will vanish (albeit slightly!)

Study The Theoretical Side

Whether you’re currently undergoing lessons or not, it’s probably wise to study! Not only will it increase your knowledge of everything, but you’ll become more motivated to get out there. In terms of the theoretical side, you traditional get two or three kinds of methods. Every learner driver should have a copy of the Highway Code in their possession at one time or another. It’s simply a book that state every single piece of information regarding the signs, roads, and the vehicles that accelerate on top of them!

You can also download software onto your computer, or download apps with different quizzes and tests on them. Before you head out on your actual practical test, you’ll need to pass the multiple-choice and hazard perception exams. The hazard perception is basically a practice of following along with a car and clicking whenever you see a potential issue. Fortunately, these hazard perception tests are easily available online these days, so they shouldn’t be too hard to find.

Bite The Bullet And Get Some Lessons

The first step in this instance always seems to be the hardest. Deciding to actually go through with this stuff and commit fully can be pretty difficult. Not only because it’s somewhat scary and the nerves hit you, but the cost is pretty high, too. Going through with it will be one of the best decisions you ever make, though. Once you start, you’ll probably continue consistently and want to finish!

Beforehand, you picture everything that might go wrong. You also think about the instructor and whether they’ll be too harsh and strict. In reality, however, you’ll be kept safe during the entirety of your lessons, and the instructor will most likely be kind, gentle, and soft-speaking. Their job is to get you to pass – if you don’t pass; they don’t look good! Once you hop in and chat with them for a minute or two, you’ll realize that you were building up a big storm in your head for no reason.

Ask Friends And Family About It All

It’s very rare that you’ll find someone that doesn’t drive or can’t drive. Driving is almost like breathing these days in terms of how necessary it is, so you’ll always be able to get in touch with someone you know if you need any information. They’ll be able to tell you things like how the tests go, how you should invest, and why driving is so easy. They’ll also be able to calm you down a little if you’re still a little tentative. When you’re sat on your own overthinking everything, that’s when things can get worse. When you have someone with you, then you’re always much calmer. You gain a different perspective, and you get to laugh at yourself more – that’s pretty helpful at this stage.

Look At What You Can Buy

Another way of getting a little more interested is by browsing what’s available. It’s pretty hard to get yourself motivated into doing something when there is no means to the particular end. Owning a car is quite an exciting prospect, so looking at potential purposes might get your backside into gear! If you’re not exactly the savviest when it comes to cars, then you can always look online at things like the Ultimate Car Buying Guide and similar articles. You could, again, ask people you know for a little advice. Picturing yourself motoring around is a pretty car is a sure-fire way of giving yourself the drive – pardon the pun.

Pay Attention When You’re A Passenger

When you’re riding in someone else’s car, and you’re heading to a particular place, your main focus will probably be on something important. If you catch yourself daydreaming for a few minutes, perhaps you could stop yourself and instead focus on what’s happening in the car! It’s quite a strange thing to do, but if you want to learn, then observing other drivers might be a great way for you.

If you’re a video gamer, then you should have no problem with this kind of thing. You might need a little more convincing if video games aren’t exactly your cup of tea, however. Whether you like them or not, video games have the power to increase skills and boost knowledge, believe it or not! There is an array of driving games that have lots of little details about the basics and the intricate details surrounding cars. They’re pretty easy to play, so you should have no problem with them, and you’ll pick up little tidbits along the way!

« Travel Packing Mistakes To Avoid
Selling Your House? Make Sure Buyers have A Good First Impression With These Tips »