You are here: Home / Buzz / Mary Poppins Returns is music to my ears thanks to these two

We laughed as if it were an inside joke. Marc Shaiman and I said it at the same time to the confusion of a friend who made the ultimate mistake. She mentioned the word OSCAR when we were talking about his musical work on Mary Poppins Returns and we both blurted out the word at the same time as if not to jinx the possibility. With five Academy Award nominations, he knows to be a bit superstitious.

The man is musical royalty having worked his way through Saturday Night Live and the likes of Bette Midler and Mariah Carey before making his mark in the theater, film and television world. With a Grammy and Tony under his belt, the choice to tackle Mary Poppins Returns with his musical writing partner Scott Wittman was an easy one. 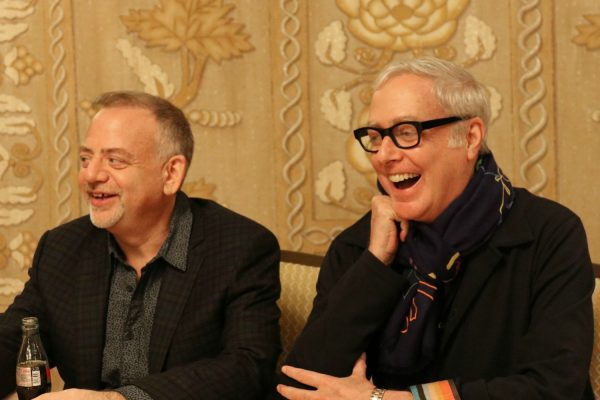 What was it like to work with Richard Sherman (the original composer of Mary Poppins)?

I became four years old. I mean, there he was in front of me and I got to ask him, why’d you write this song and why was it in this key, and what was that chord, and the choices of words, and what was Walt Disney like?  I don’t remember his answers. 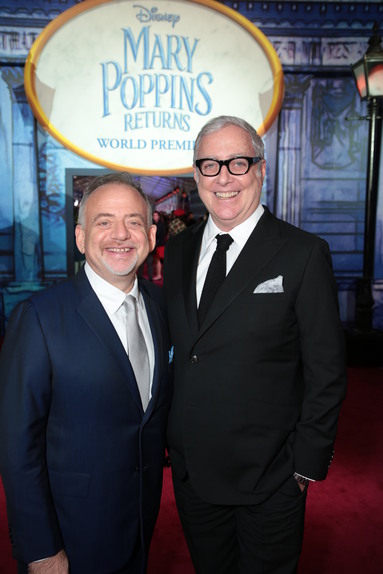 It was interesting, with Richard Sherman, because in the first movie, they had musicalized a sequence that got cut. We tried to musicalize the same sequence and it got cut.

Well, I think that we went back to the books. There were so many more adventures in all the stories and some of them just cried out to be sung. I think it was Lin who said: “You know what’s great about it, our movie rhymes with the first movie.” That’s a huge compliment, too. But all the material was in the books. We had Emily and Lin and we had them right from the beginning. But we knew we had it right so it sounded like it was in the same neighborhood of the first movie. Also, the first movie was like our teacher or our parents.

We had a great four months of working with Rob and his partner John and the screenwriter, David Magee. Where we really there from the beginning of the movie. They had the idea that it would be about Michael Banks, a recent widower, and that would be the crux of what’s going on.  then we just pieced the movie scene by scene figuring out where to put a song and how it would speak to what was going on, or further what was going on.