You are here: Home / Buzz / Leasing vs. buying a used car 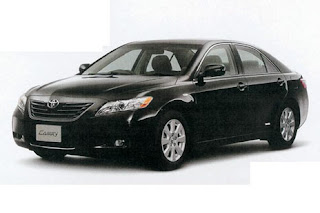 I am generally a proponent of buying a good used car. I grew up in the wholesale automobile business, my grandfather, father and after selling our restaurants my husband were all in the business. Personally, I love haggling, and getting a “deal.” However, I read this interesting e-mail today from Lease Trader that  compares the cost of leasing vs. buying used of quite a few of the more popular cars .

The experts at car leasing website LeaseTrader.com compare the overall price of popular used cars with the same vehicles listed as a lease takeover, and what they found was that while people think that they’re getting a great deal when buying a used car because they’re investing in a car without the first 12-24 months’ depreciation. But in order to equal the same monthly value in taking over a lease, a person would have to drive their used car for 93 months in some instances.

“A person rarely comes out ahead when buying a used car when you factor in age, interest payments and any extra maintenance needed,” said Sergio Stiberman, CEO and founder of LeaseTrader.com. “Even then, you won’t really take advantage of any ‘equity’ because at that point the car will be virtually worthless.”

While I advocate paying cash and not financing a car, I understand that many of my readers can not do this. LeaseTrader.com analyzed the price and length of use for the following vehicles (including 6% interest on 48-month loans):

“Realistically speaking, how many people are going to buy a used Nissan Altima that already has 30 months on its history and continue to drive it for another 7 years?” added Stiberman. “With today’s lease deals you could drive three new cars and pay the same price over the same time period. The only thing you’d miss out on is the $500 your used car might be worth at the end of the rainbow.”


LeaseTrader.com, the most recognized name in car leasing, easily and affordably matches car shoppers with individuals looking to escape their auto lease. For more information you can visit www.LeaseTrader.com, on Twitter @Lease_Trader, or call 800-770-0207.