You are here: Home / escape / Hermès Love – and a new store 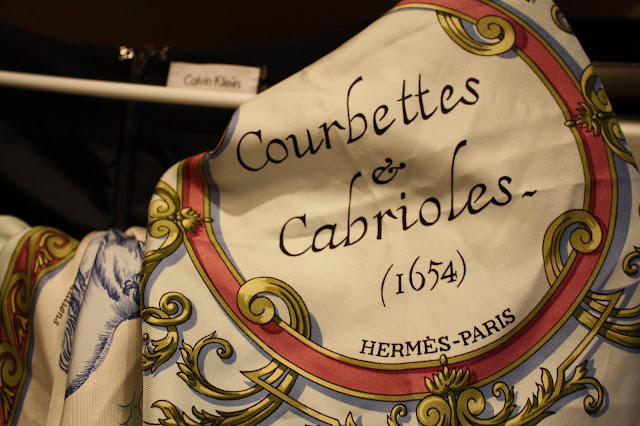 I love Hermès. I own two of their silk scarves, both of them are about forty years old and both of them are as stylish today as they were when I bought mine on the rue du Faubourg Saint Honoré (one was actually purchased, the second one I inherited…and don’t know that age). I’m guessing that if you know me in real life (from conferences, spas, the beach, etc.) that you’ve seen me wear them, as I don’t believe in letting these beautiful pieces of art just sit in my closet.

An Hermès silk is one of those purchases that seem to cost a lot when you’re opening your wallet, but when you look at how beautiful and timeless it is….it is an investment. If you’ve never stepped foot in an Hermès store, you’re in for an experience. When you shop for scarves or shawls (at least in Paris) the person who helps you pulls them out in a grand fashion exposing their beauty as they sort of fling them across and then lay them on the counter. The classic orange box tied in brown ribbon that you walk out with just reeks of luxury. 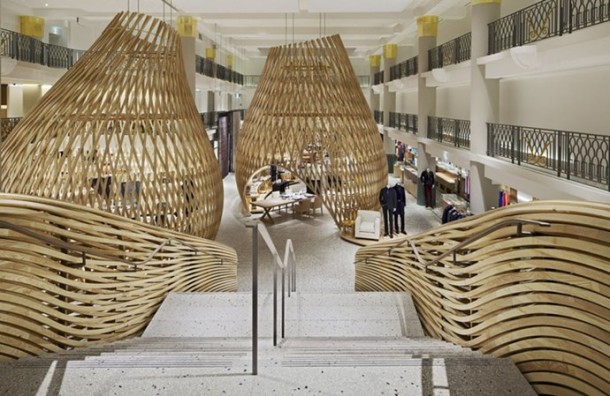 On my next trip, I intend to visit the newest Hermès location on rue de Sevrès. Housed in the ex-Lutetia hotel’s indoor swimming pool, it has been transformed into wooden planks that move as beautifully as the scarves as they’re pulled from the shelves. In an odd way, it reminds me of Wolfgang Puck’s The Pods at Crystals in Las Vegas’ City Center only on a much grander scale.

The Hermès artistic director Pierre-Alexis Dumas said “I had a moment of vertigo when I first visited,” Dumas said, “but it was stimulating. I asked myself, how can we turn this into a warm and protective space?” He also added that ”a store has a mission – it has to embellish a neighbourhood, give pleasure to residents and make discover a piece of heritage”.

Is there something in your closet that you’ve had for YEARS that is classic and timeless…and more important that you LOVE?