You are here: Home / taste / Dine In / A healthy way to enjoy that carrot cake 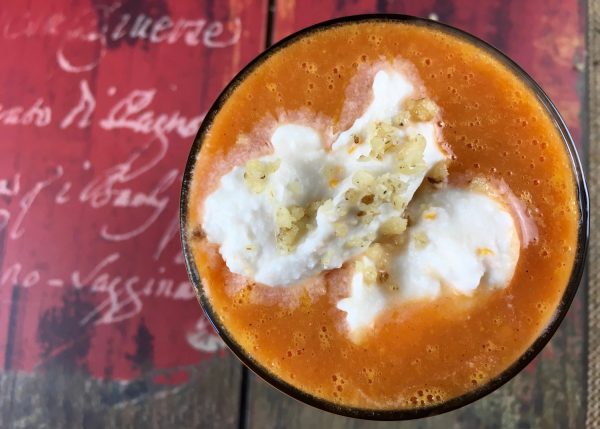 One of the things that I am doing more in 2018 (that I did sporatically in 2017) is to start my day off with a smoothie. The reason? I can both have a great balanced breakfast that’s good for me (and Mr. S) and at the same time I feel as though I’m starting the day with a real treat. Since one of Mr. S’ favorite desserts is carrot cake (and the cream cheese frosting that tops it), I knew that this would be a big hit in our house. This healthy and delicious smoothie tastes more like a decadent dessert than a nutritious way to start the day. The natural sweetness of the orange and carrots are balanced by a trio of complementary spices, while a spoonful of homemade coconut whipped cream serves as the perfect finishing touch (making him feel like he’s still got some of that frosting).

I actually prefer mine without the topping, which cuts out a lot of those extra calories. 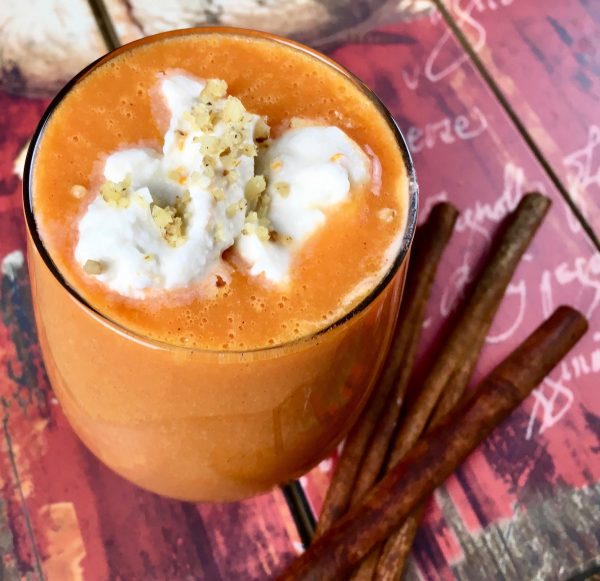 Tip: For best results, use coconut milk that does not contain guar gum to make the whipped cream, it whips up better.