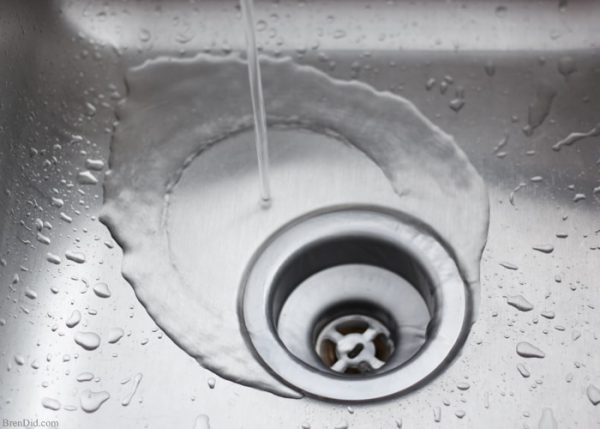 Many new homeowners learn the hard way that pouring grease down your kitchen sink can have dire consequences, not knowing until it’s too late that doing so can clog up your pipes and drains to the point where you need a professional plumber to come out and reverse the damage.

But though seeing the end result of this action can certainly help you to visualize the problem, what is it exactly that makes pouring grease down your kitchen sink such a bad idea? This article was written by one of the top plumbers in the entire state of Texas, and Mr. Elisha French, owner of Texas Plumbing Solutions L.L.C. who holds a Master Certification in Plumbing from the State of Texas knows a few things about grease in drains.

“Well, the answer can be found in those high school science lessons that many of us never took that seriously back in the day” says Elisha. Never knew you would use this information in the real world, did you?

Okay, so let’s talk a little chemistry for a moment. When the fats in that grease and oil you pour down the kitchen sink mix with other chemicals, it can form a nasty buildup of chemicals that can and will build up and block your pipes.

When that happens, particularly if you have a private septic tank rather than a city sewer connection, it can be a time consuming and often expensive proposition to take care of.

Let’s go a little more in-depth, shall we?

When grease is poured down the sink in your home, it’s the beginning of a journey that can have serious repercussions within a relatively short period of time. It can easily cause backups in your home’s pipes, which will not only cause problems with your kitchen sink, but also with your toilets and showers as well.

Ready for another chemistry lesson? Get out that Trapper Keeper and take some good notes during this part of the lesson.

When the fats from that grease get broken down into fatty acids and glycerol, they can bind with calcium that’s found in septic tanks and sewer systems. This works to form a sort of soapy compound that then blocks your pipes and won’t allow any liquids to pass through that blockage.

And that’s the answer to the main question posed in this writeup – Why Is It Bad? That’s exactly why it’s bad, and often VERY bad.

What Can You Do Instead?

So we’ve illustrated why it’s not a good idea to pour grease down your kitchen sink and issued a bit of a fair warning about what can happen if and when you do so.

But what’s the alternative? Let’s discuss…

The answer is actually quite simple. If it’s a small or relatively small amount of grease, just put it in a can or a jar and then throw it away in the garbage.

Just be sure to wipe the excess grease from the pan or dish before washing it in the sink. You can do this with a rag or paper towel, so none of the grease ends going down the drain.

It may not seem like a lot, but small amounts can add up over time and still give you problems down the road, though not as serious of a problem as if it’s all flushed down the sink at the same time.

The best plan is always not to allow any grease to get down the drain at all. Be prudent and be aware of the problems that could arise, and plan accordingly.

« 5 ways to earn money while you travel
Drop the latte, I just made a Pumpkin Spice PartidaRita! »