You are here: Home / Buzz / Champagne Living from someone who’s DONE IT 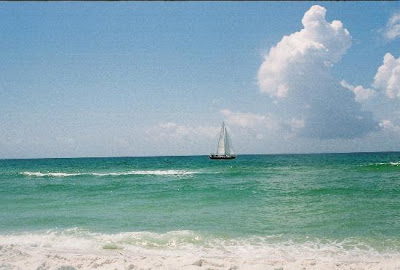 I love when things fall into my lap, like this e-mail that I received on The Review Broads this morning. It’s just in sync with what my “Champagne Living Primer.” I’m sharing it in it’s entirety. I’m thinking that Mr. Jacobsen’s book might be an inspirational read.

Phineas Fogg’s goal was speed when the character in Jules Verne’s Around the World in 80 Days attempted to circumnavigate the globe. Larry Jacobson was going more for quality when he set sail for his trip, taking more than six years to live out an adventure he dreamed of as a child.

“When I was 13, I shattered both bones in my right leg while skiing, and was laid up for more than three months in a complete hip-to-toe cast,” remembered Jacobson, author of The Boy Behind The Gate (www.larryjacobson.com), his chronicle of his 2,070 days on the open sea. “My mother tried to keep me occupied, and I read every magazine my mom would bring home – from Popular Mechanics to Boy’s Life — as I watched my friends play outside. When I was finally free of the cast, I remember hobbling around as my brother brought home an eight-foot Styrofoam Sea Snark dinghy he had rescued from a garbage pile. Most people would have seen trash, but I saw a super yacht. We repaired it and I painted it yellow, and began dreaming that one day I’d sail around the world.”

For most people, a childhood dream that grand would have remained just that – a childhood dream. Not for Jacobson, however. He began sailing as a teenager, against the wishes of his father who would have preferred he had taken up golf instead. By the time he was in high school, he began racing sailboats competitively, and was well on his way to making his dream come true. After getting his education and owning a travel business, he saw an opening to act on his dreams when his business was sold.

“As I analyzed the money I’d get for my share of the business, I realized I might have enough money to make my dream trip happen, with just a bit left over when I got back,” he added. “In reality, I spent just about every dime I had and then some, but I can’t think of any better use for money than making your life’s dream come true. The truth is, I feel like the luckiest man alive, because I don’t have to wonder ‘what if.’ I lived my dream, and had adventure enough to last three lifetimes. My only lament is that more people don’t seize their opportunities to fulfill their dreams. If I have any mission in life right now, it’s to let people know that we all have strength deep inside to live our dreams. We just don’t know it’s there until we need it”


Jacobson’s advice for others who feel their childhood – or professional or even current — dreams have passed them by, include:


* Write it down – There is something about writing down your life’s ambitions and even your day-to-day goals on paper that just makes them more real. After all, if you can’t articulate your dreams to yourself, how will you ever come close to making them come true?

* Overcome the Fear — When I made my choice, I was basically leaving a good business, good friends and a good life to venture into the biggest unknown there is. The main reason why many people never get to live their dreams is because they never take the plunge. They are so tethered to their daily lives that they cannot imagine how to live beyond that framework or the identity they have created for themselves. Ignore your fear of the unknown and embrace the adventure of something new. Letting go makes everything possible. Be willing to take a risk.

* Persevere – Dig deep for strength. When we had to stay up for 36 hours and hand steer our way to Australia after losing the autopilot and nearly losing the mast, we dug deep and found strength we didn’t know we had.

“I know it sounds like an infomercial, but the truth is that if you can dream it, you can do it,” he added. “We all have to choose how we live our lives, but the sad part is so many of us never realize that the choice is ultimately ours to make. We’re not forced into anything. We choose, on one level or another. We can live our dreams, or we can just live. What choice are you going to make?”

For more of Larry Jacobson’s story – pick up his new book The Boy Behind the Gate: How His Dream of Sailing Around the World Became a Six-Year Odyssey of Adventure, Fear, Discovery and Love

« The primer – living a passionate life
Let’s Make-Up and be…. »