You are here: Home / Buzz / Bisous bisous – what if the French stopped kissing 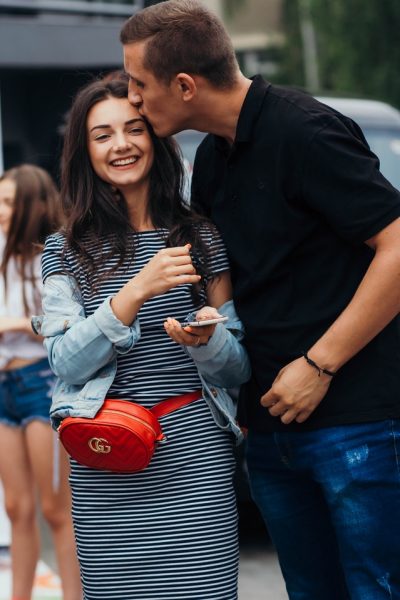 When I first heard about the allegations about Joe Biden with his hands-on approach it made me stop and think. Joe and I come from a different time when kissing babies, a squeeze of the shoulders and kiss on the head meant that they cared….yes, even if we were strangers meeting for the first time.

Don’t get me wrong, if these women were uncomfortable by his behavior, I do not begrudge them their feelings, but in my time that would have been a POSITIVE and not a negative. I have thrown my arms around many a man’s neck to greet them and an arm around my back as I talked and walked was always welcome. As a 65-year-old woman who relishes these moments of friendship and support, I feel sad that what my generation considered a welcoming touch has become something to lay blame on.

via GIPHY Imagine the French without fraise la bise?

I have always been a little jealous of the French kiss on the cheek. To me, it always felt warm and welcoming, and it is how we greeted one another, whether we were family, friends or someone we were meeting for the first time. My brother and I still greet each other this way, even here in the states.

The world is changing, I get it.

The 1960s brought about a lot of change, with the Women’s Liberation Movement and with so many of us standing up for our rights. But, even with the bra burnings and the marches, the army boots, and Gloria Steinem, we never lost sight of how we could be both strong AND soft at the same time. We fought for a movement but never attacked an individual for responding in a way that they believed was the right thing to do.

The “me too” movement is a good thing

But, somehow the backlash of those using it for their own gains or misconstruing a touch for something that it wasn’t meant to be has diminished the experiences of those who were TRULY impacted by sexual assault. We have become a nation of black and white, them vs us, and laying blame. For those who have been assaulted, PLEASE speak out and get help. It is not your fault. But, to those who experience an unwelcome squeeze on the arm or shoulder, a simple “that makes me feel uncomfortable” to the person is enough to let them know.

Sorry, but I don’t want to live in a world where a supportive squeeze of the arm or kisses on the cheek is something that we feel should be reported and not relished, and I can’t imagine France without my fraise la bise.