You are here: Home / escape / 8 Foreign Getaways on the cheap – guest post by: Steenie Harvey 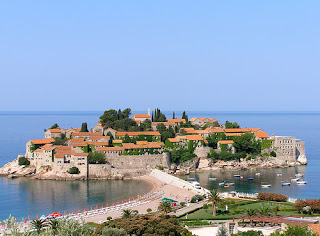 What makes for a great vacation? Magic, thrills, and adventure, yes. But for the budget-conscious globetrotter, what’s equally important is to find places where your dollars will stretch a long, long way. All eight of the following destinations fill the bill. As a travel writer, I’m lucky enough to have experienced them all – but I’d love to revisit every single one as a vacationer.

Vietnam packs a lot into its borders. Highlights include misty Halong Bay with its fairytale seascapes of limestone outcrops and islands; the Mekong delta with its floating markets; the old Vietcong tunnels at Cu-Chi near Saigon – now officially known as Ho Chi Minh City. Backpacker beds are exceptionally cheap, but decent hotels often cost less than $40. A filling bowl of pho bo beef noodle soup or six seafood spring rolls is less than a dollar. In local hangouts, Saigon Export beer costs 40 cents a bottle.

For the ultimate traffic tale to tell the folks back home, head for Hanoi’s old quarter. Any attempt to cross the road turns into a heart-racing adventure. Not only are you contending with psycho-cyclos (rickshaw bicycles), there are thousands of motorbikes and scooters with riders that regard a red traffic signal as a suggestion rather than an instruction. The best place to experience the utter chaos is from within a cyclo rickshaw.

Visitors usually combine Lithuania, the southernmost of the Baltic States, with Latvia and Estonia. However, you can easily spend a week in Lithuania alone. Quirky cities like Vilnius and Kaunas are steeped in art, music, and historical curiosities. Then there are the windswept sands of the Curonian Spit, where you can beachcomb for amber … mushroom-scented woods and farmers riding on haycarts … mysterious sites steeped in pagan traditions.

Mid-June would be a great time to go. A national holiday in Lithuania, the old pagan festival of Rasos marks the summer solstice. It’s an all-night affair, with singing, dancing, bonfire-leaping, hunting for “magic” ferns, and floating garlands down rivers. Despite some serious alcoholic partying, most people manage to stay awake to greet the sunrise. As for prices, how about $2.54 for three potato pancakes with smoked salmon and sour cream, and $1 for a glass of Svyturnys beer?

From the laidback colonial city of Granada, you can do a lot in a week in Nicaragua: Tackle volcanoes … take Spanish lessons … visit the Masaya craft market and the villages where rocking chairs, hammocks, and pottery are made … explore the Selva Negra’s cloud forests and coffee plantations … chat with expats in the beach surfing town of San Juan del Sur … go to colonial Leon, where you might get to meet indigenous Indians.

Settling into a rocking chair with a cold Victoria beer is a pleasure that generally costs under $1, and spending more than $7 on a meal is difficult. The Alhambra Hotel on Granada’s main square costs a mere $30 a night.

India is beyond fascinating, beyond anything you’ll ever experience elsewhere. The easiest introduction to this teeming country is the seaside state of Goa. Baking below a tropical canopy of banana, coconut, and mango trees, this drowsy world of Arabian Sea beaches, backwaters, and spice-laden breezes is stamped with more than a few reminders of Old Portugal. You’ll find sunrise yoga on the beach, full massages for $8, dolphin trips for about $6, and colorful hippie markets.

Including four beers, two people can eat in a beach shack for under $10. And if you want to cut your expenses to the bone, there are accommodations in simple beach chalets for as little as $8 a night.

Famed for its port wine lodges (yes, they do offer free samples), Porto is Portugal’s second city. A historic Atlantic trading port, its warren of laundry-hung alleys plunges down to a waterfront of boats, nets, and fish restaurants. Sheets of cod (bacalhau) hang outside grocery stores with original Art Nouveau tiled facades, and the church of Sao Francisco has a gold leaf interior that would make King Midas salivate. Don’t miss the Bolhau food market or the Torre dos Clerigos, Portugal’s highest belfry tower. From the top, you’ll get great views over the jumbled cityscape of churches, bridges, and red-roofed houses.

By EU standards, the price of dining, accommodations, and public transport throughout the region is astounding. Trains and buses are an affordable way to make exploratory day trips along the coast and into the interior of terraced vineyards and green river valleys. Don’t miss Braga and the thousand-stepped stairway of Bom Jesus church. On holy days, some pilgrims tackle these steps on their knees.

Since its split from Serbia, Montenegro has been Europe’s latest holiday hotspot – and also the world’s newest independent nation. Along with three-course meals for $7 and rooms in private homes for $10, you’ll find a land of craggy mountains with a switch-backed Adriatic coastline of bays, beaches, and villages of pale gray stone. The sea sparkles like blue topaz, and medieval walled towns with crumbling fortresses and palaces are often emblazoned with the winged lion emblem of the Venetian Republic.

There’s no denying that Switzerland is one of the most scenically gorgeous countries on earth. But unless you’re armed with an expense account, I can promise you that exploring its mountains, lakes, and medieval towns will wreak havoc on your finances.

Winter or summer, neighboring Austria has just as much of the alpine wow factor … plus the city splendors of Vienna and Salzburg. And it’s a lot less expensive than you may think. For example, in the Tyrolean village of Fendels, you could rent a furnished apartment for two in a chalet next spring for about $225 per week. Surrounded by hiking trails, Fendels village makes an excellent base. The Tyrolean Oberland is close to the borders of Switzerland and Italy.

On the Greek island of Crete, Chania is one town that it would be criminal to miss. As Crete’s former capital, Chania’s history goes back 5,000 years. In the Old Town’s skinny alleyways, you’ll find icon workshops … lyres hanging in dusty musical instrument repair shops … bursts of white jasmine cascading from archways … cats snoozing on balconies … the unlikely sights of a pencil-thin minaret above church towers and a mosque squatting on the waterfront.

Strung with garlands of colored light bulbs, Chania’s old Venetian harbor at dusk truly is the stuff of romance. The water shimmers in waves of crimson, sapphire, and emerald; the Venetian lighthouse sends out its beady wink; and stalls do a steady trade in pistachio nuts. Alleys that were afternoon-silent become thronged with locals taking the volta – the evening stroll. Even in July and August, you’ll find studio apartments here for under $40 a night … plus, you can eat well for $10.

[Ed. Note: Steenie Harvey makes a living by exploring the planet as a freelance travel writer, and now she’s added photography to her bag of profitable tricks.

Did you know that 80 percent of the photos you see in publications are shot by freelancers? And that a glossy magazine shot can earn you anywhere from $500 to $1,200 … if, that is, you know what photo editors are looking for. Join the next Ultimate Travel Photography Workshop in historic Charleston, SC to find out how you too can profit from your photos. Get the details here. ]


This article appears courtesy of Early To Rise, a free newsletter dedicated to making money, improving healthsecrets to success. For a complimentary subscription, visit http://www.earlytorise.com.