You are here: Home / escape / Virgin America – it’s not just ME who’s slimming down this year 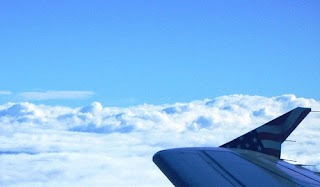 Virgin America has announced that it plans to slim down this year. Is that a good thing? I think so, since it’s  not the amount of flights that they’ll be slimming, but rather the PRICES that will be plunging. It seems that they’ve made a New Year’s resolution and have already started with a bang.

Virgin America wants to help flyers to ring in 2011 with a flight to somewhere special with low 14-day advance purchase fares to destinations including Los Angeles and New York. Fares begin at only $59 each way and must be booked by January 10th, so hurry. By the way,  isn’t that what the low cost, low amenity airline’s charge for their sales?

Personally, I’d take Virgin over that airline that makes you pay for carry-ons, water, etc. it’s a no brainer.

I guess that I need to plan that girlfriend’s getaway – I just looked up the flight to Las Vegas from Fort Lauderdale and it’s $129 round trip. Is this a sign?