You are here: Home / Style / The Scoop that you WON’T want to miss. 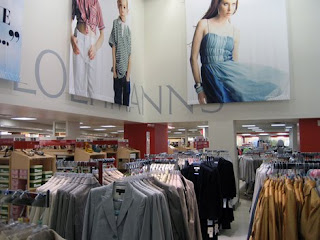 If I say the name Loehmann’s again, will I sound like a broken record to you? What can I say….I have a few favorite stores and they all happen to be off-price shopping stores. For casual wear and home, I LOVE TJ Maxx and Marshall’s. If I need something a bit more elegant and upscale – it’s Loehmann’s. If I’m in the city it’s Century 21.

Start your engine’s now, because beginning September 29, 2009 Loehmann’s is getting a major shipment from THAT very hip & chic Madison Avenue store. This specialty event will only be available at select Loehmann’s locations:

There’ll be apparel for both ladies and men, so drag your significant other with you for this one.

So, get out your charge cards, hit the ATM, or whatever it is that you do when you go shopping. As long as you don’t miss this one!

« You can peek – they’re not REALLY naked.
DVDs, Books, and now Clothes »