I haven’t listed any REAL shopping deals since the holidays, but since I’m preparing to do a post later this week ABOUT shopping (or rather shopping HABITS and WHERE to shop to save money) and I’ve been shopping both online and in the stores – I thought I’d pass along a few of the deals that I’ve found. 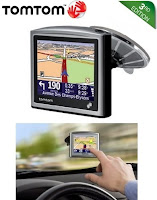 For those who kept asking me around the holidays to find them a good/cheap GPS system – here’s a deal on a Tom Tom One – 3rd edition (which is what Mr. S has in his car). Please note that this is a REFURBISHED unit – however, Tom Tom warranties these for 6 months (making this a GREAT deal). Normally priced at $199.99 1 Sale A Day has these units TODAY ONLY for $59.99. Be prepared to act quickly, because when they’re gone – that’s IT!

I’m preparing to buy ANOTHER laptop as I’m getting 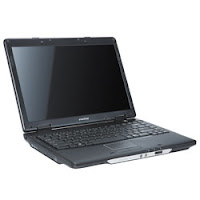 a bit frustrated using the separate keyboard on mine (I had given it a LARGE, cool glass of Diet Pepsi a few months ago and who knew that not only is soda not good for ME, but it’s not good for computers either). I found a GREAT deal on a laptop at Office Depot (IN STORE ONLY) on an eMachines – 14.1″ Widescreen Notebook for only $299.93. If you purchase it ONLINE it will cost $100 MORE – so reserve it online and pick it up IN STORE if you’re interested.

Victoria’s Secret is having their Semi-Annual sale online with the In-Store event beginning June 16. Here’s an example of what you’ll find –

I’ll be back with an spending INTERVENTION later on in the week (make that a Spendervention).

« Do you have a Raggs Kid?
A good life dining deal for Palm Beachers. »