You are here: Home / Buzz / Surround yourself with good music – The Birth of Corneille 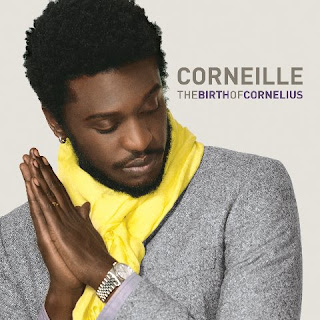 I have to say that I joined Music Moms with a little bit of trepidation as I wasn’t quite certain what kind of music that they would be sending me. I’ll show my age and tell you that I still listen to James Taylor, Tracy Chapman, Joan Armatrading (and Barenaked Ladies thrown in for fun). So, when they sent me the CD, The Birth of Cornelius by Corneille to listen to and review, I had no idea what I’d be getting in to.

I find it difficult to find new music, probably because I don’t listen to traditional radio. I recently canceled my XM subscription because I found myself constantly switching to the local NPR station , so what was the point of paying?

Back on track – The Birth of Cornelius is one of those CD’s that you’ll play over and over again. It definitely is going to have a wide appeal as it is extremely soulful and easy to listen to. Think a young, hip Marvin Gaye and you’ll be on the right track. What I didn’t know was that Corneille has been a hit in Japan, Canada, and France – this being his first English-language CD.

Jumping right in with “Back to Life” through “Too Much of Everything ” (which sounds like a HIT to me), this is an CD you’ll listen to over and over again.