You are here: Home / escape / NYC Back to School shopping – Champagne style 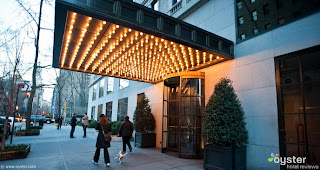 Actually, I was thinking that since all of the Winter items are probably already showing up in stores, that I’d be able to grab some GREAT BARGAINS on summer clothes and accessories. Living in South Florida, I dress in summer clothes year round (with the exception of a few long sleeve tops and a light jacket/blazer on cool nights).

The airfares tend to be cheap, especially if I drive down to Ft. Lauderdale (Delta, AirTran and Jet Blue all have flights to NY for $79). I have some hotel points that I can cash in, but I’m thinking that I might want to stay somewhere a little more FUN!

I’m checking out the new Oyster Hotel Reviews to see what others have to say about the cool and trendy hotels in the city. The reason I like using that site vs. the traditional travel opinion site is that it includes reviews that include out-of-the-ordinary type of feedback such as best place to stay to spot a celebrity,worst place to take a family, best looking pool scene among others.

Since I’m thinking about traveling solo (Mr. S. HATES shopping), I did a search for Best Party Hotels in New York on Oyster.

Here’s what I came up with –

Hmmm….maybe I should be looking at Best Shopping Hotels… Well, off to make my list and see if I have any time available to travel.