You are here: Home / home / Key Features in a Family-Friendly Community 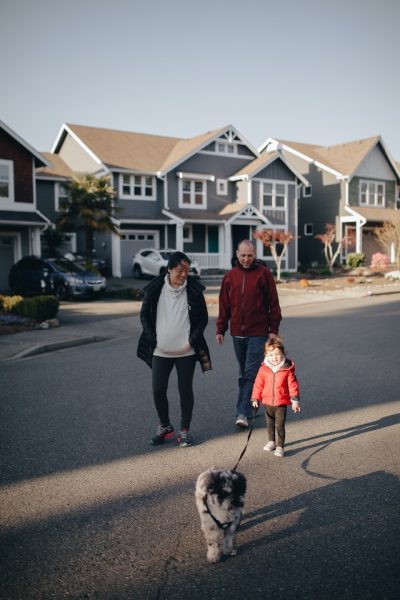 If you’re in search of a new home, the location is so important. There are a lot of things you can change, some of which are pretty easy when it comes to the actual house. It’s the location you can’t change. It’s better in most cases to buy for location first and foremost and figure out how to make a house perfect for you later on.

In terms of location, a priority for a lot of buyers is to be in a community that’s family-friendly.

So how do you know if something is family-friendly? What’s going to stand out, and what features should you be looking for?

When you’re looking for a new home in a family-friendly community, one of the telltale signs that it’s just that is the presence of parks and outdoor spaces.

Even if you plan to buy a home that has a yard, you might still want access to public play spaces because it gives a chance for you and your children to socialize. These parks can be great meeting places to get to know your neighbors and have playdates.

If you’re going to be living in a city or urban area where you won’t have a yard, or at least not much of one, parks and open outdoor spaces are a must-have for families. These are the places you’ll go to get fresh air and spend time in nature.

Other amenities that are great for families with children include sports courts and fields.

When you’re comparing neighborhoods, one that’s going to exemplify what it means to be family-friendly will have plenty of pedestrian crosswalks, signals, signs, and also crosswalks during needed times and at buy areas.

Children, according to the CDC, are one of the main groups at risk of pedestrian accidents.

Sidewalks are great, too, for riding bikes and walking safely.

As you’re exploring potential neighborhoods to calm home, pay attention to not only whether these features exist but also whether or not people seem to be out and about on the streets, especially with kids, and whether they appear to feel safe.

A neighborhood that takes safety seriously will also include things like signs warning people to slow down because children are playing, speed limit signs throughout the community, and maybe community watch signs too.

When parents with children are buying homes, often one of their biggest priorities is choosing one that’s in a good school district. In fact, you might decide you can do work on a house and maybe settle for less than your dream home if it’s in a great school district.

If your kids aren’t going to public school, you might base your neighborhood decision on convenience and its proximity to the private school they’ll be attending.

Are There Children on the Streets?

We talked about this before, but you should go through neighborhoods and observe them during the day and at night. Are there children out and about and playing or riding bikes? Do you see signs of toys outside?

As a parent, there’s perhaps no bigger factor in your decision-making than safety. Every parent wants a safe neighborhood for their children to grow up in. If you see kids out playing, that’s one sign that their parents think it’s a safe neighborhood, but still, you’ll want to delve in and do some more research.

There are a lot of online tools you can rely on to do research. For example, you can use a crime mapping website that will collect police and crime reports. You can enter the address where you’re considering buying a home, and a list will come up.

You can also check the National Sex Offender Public Website.

Finally, don’t be afraid to talk to the neighbors.

If the neighbors aren’t friendly or willing to talk to you about what it’s like to live there, then it might not be family-friendly regardless of safety. A family-friendly community is usually one that’s also close-knit.