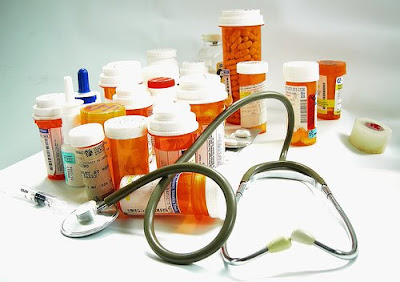 It’s that time of year when I scramble to find alternatives for paying Mr. S’s prescription costs. As a medicare recipient, Mr. S belongs to a Medicare Advantage Plan that includes prescriptions at a reasonable co-pay. That is UNTIL – he hits the dreaded medicare donut hole (otherwise known as the coverage gap).

If you’ve been there, you know EXACTLY what that means. For us, it means having to shell out a couple THOUSAND dollars a MONTH for prescriptions, until we’ve paid the $4350 out of pocket. Unfortunately, that’s totally unrealistic.

I quickly go into my FIND AN ALTERNATIVE mode, signing up for patient assistance programs, switching as many of the prescriptions to generics that are covered by the Wal-Mart/Target/Walgreens programs. There are always generics that aren’t in the covered lists and for those I use a mail-order company called Xubex, which is much less expensive than buying some generics at pharmacy cost. For example, you won’t find ZOLPIDEM (genereic Ambien) on any of the pharmacy $5 lists, because it’s a controlled substance, but Xubex has it on their 90 days for $30 list (cheaper than at all of the pharmacies that I checked).

What I didn’t expect to find was an offer for a FREE 30 SUPPLY of your NAME BRAND medication, just to get you to try their prescription service. The list of covered drugs is pretty good, and if you take one of them – then you’re in LUCK. Having ordered from them MANY times, you should know that the prescriptions take a GOOD two weeks to arrive – so be PROACTIVE when ordering from them.

By the way, if you use diabetic supplies, you can also sign up for a FREE diabetic kit that includes a free meter.

OK – so, I’ve filled out the Astra-Zeneca forms and the Glaxo forms, now I’ll do the Xubex forms and we should be all set for a while.