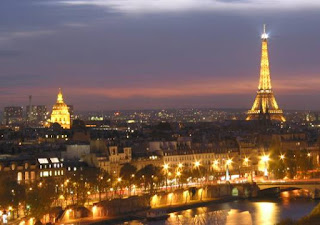 As I’m making plans for my yearly “pilgrimage” to the City of Lights in October, I’m realizing how expensive it really is to do any major traveling to Europe. The hotel that may have cost $600 a few years ago is now up to almost $1600 for the 6 nights. I’ll be saving a bit by renting an apartment for the week (hmmm….maybe I should find a roommate for the week and REALLY cut costs), but airfare, dining out, etc. is still chére. Come to think of it, I traveled very little this past year – there was no New York trip, no cruise, just a trip to New England in May/June.

I realized it was partially because I hadn’t WON ANY TRIPS this year. I do a lot of entering sweepstakes and contests in order to travel. So, today I’ve decided to look for some LUXURY sweepstakes that you and I can enter. Who knows, maybe we’ll be sitting next to each other on Agios Yannis beach in Mykonos or dancing at Amnesia in Ibiza.

If you think deciding on the last one was tough!!!
Win a Trip from Luxury Link
Ends – September 30, 2009
Prize – Five unforgettable nights for two at a luxury property of your choice, located in some of the world?s most popular cities. Choose from New York, Paris, London, or Hawaii.
Rules

Oh and I’m available to travel ANY time darling!