You are here: Home / taste / Dine In / Dining from the dollar store – champagne not included 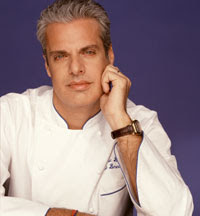 It seems to be “all the rage” right now to shop at the Dollar Store. When other retail operations are closing at an incredible rate, the dollar stores seem to be popping up all over. A new Dollar Tree opened within 5 miles of the mansion and I went to check it out last week. I have to tell you, that I spent QUITE a bit more than $1.00!!! I was able to get LOTS of glass bowls that cook uses, I also bought office supplies and all sorts of great stuff.

Mind you this wasn’t the first time that I donned my Dior sunglasses, put my large hat on and tried to sneak in without being noticed. Funny thing though, the parking lot was scattered with Mercedes, BMW’s and even even a Bentley, so I guess that I didn’t need those dark glasses after all.

As I walked down the food aisle, I began wondering if cook could create a dinner just from purchases at such a store. I decided to do a little research when I arrived home and found that…

Eric Ripert – yes THE Eric Ripert of Le Bernardin fame actually took that challenge from the New York Times last year. Using items that he purchased at Jack’s 99-Cent Store (with the exception of some staples (onions, garlic, oil, butter, flour, eggs), Mr. Ripert along with his pastry chef, Michael Laiskonis created a 4 course dinner worthy of a food review.

With a high-energy crew of three cooks who moved in a blur, Mr. Ripert rapidly prepared cheese tortelloni with sundried tomatoes and gumball-size mozzarella. At the last minute he decided not to dress up the pasta with Bumble Bee tuna. Instead, he made a fast tuna spread seasoned assertively with Gold’s Deli Mustard.

The outcome was clearly not what he’s normally serve on his 4-star tasting menu (at $135 per person/$220 with wine), but I can live with that. Hmmm….I wonder if cook is up to the challenge?

« Need Parenting Advice or a VADO camera?
Thank you Ragu for helping us live the good life. »