You are here: Home / Silver-Platter / Cook is stepping out of the galley & challenging YOU! 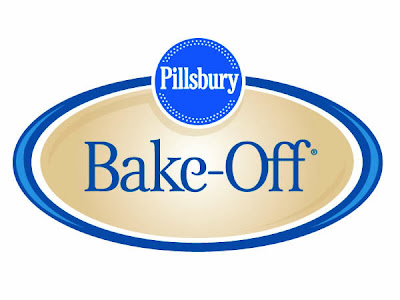 I never realized just how competitive that cook is. She has thrown down her oven mitts and challenged Champagne Living’s readers to try to BEAT her in the 2009 Pillsbury Bake-Off! When cook challenges, I stand back because SHE IS GOOD! Are you up for this good life challenge?

At the At the 43rd Pillsbury Bake-Off Contest in 2008, Carolyn Gurtz walked away with the million-dollar grand prize for her Double-Delight Peanut Butter Cookies! This wife, mother and grandmother with a passion for baking was introduced to cooking at age seven and she hasn’t stopped since then. One contest judge stated that Carolyn’s recipe was “a new twist on an old classic.” Other judges called out its simplicity and approachability and described it as a delightful taste that combines two classic cookies – a snickerdoodle and a peanut butter cookie.

Anna Ginsberg, a stay-at-home mom who you might know from her blog, Cookie Madness, earned the $1 million prize for her Baked Chicken and Spinach Stuffing in the 42nd Pillsbury Bake-Off Contest. At the 2004 competition, the 41st Contest, former librarian wrote her own page in history by capturing the top prize with her Oats ‘n Honey Granola Pie recipe. Inspired by pecan pie, Conrad adapted a family-favorite pie and caught the judges’ attention with its wonderful flavor and simple preparation.

All it takes is one easy and delicious recipe idea, so we hope you let your readers, friends and family know that it’s time to get creative in the kitchen for their chance at a million! One hundred finalists will win a trip to the finals, April 11 – 13, 2010, at the Waldorf-Astoria Orlando and Hilton Orlando Bonnet Creek hotel in Florida. Pillsbury is looking for original recipes that taste and look delicious, are easy to prepare and that families across America will love to eat. There are four recipe categories – Breakfast & Brunches, Entertaining Appetizers, Dinner Made Easy and Sweet Treats.

Entries are being accepted online between now and April 20th, 2009, at www.bakeoff.com. You’ll also find contest details, including eligible products, prizes and the official rules, at the web site.

Check out the video featuring former grand prize winner Carolyn Gurtz and hear from the Pillsbury Bake-Off Kitchens Manager too!

« Is this any way to get a job?
The Good Life at McCafe Giveaway! »