You are here: Home / Buzz / Celebrity sighting at the warehouse store – (& a free pass) 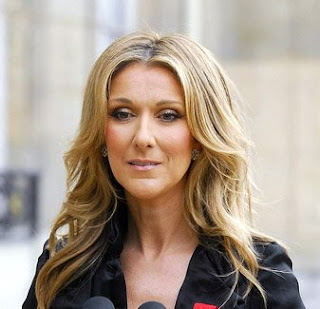 I’m sure that it’s the same everywhere there are celebrities, I mean – they have to eat too don’t they? Last week on my dad’s weekly trip to Costco as he was riding around in one those little electric carts (stay out of the way if you see him – he’s Evil Kneival with a basket in front) he saw someone that he recognized, but he just couldn’t place who she was. He said that he kept staring at her and he noticed other people looking at her as well. My dad (like me), is never the shy one and said hello to her, hoping that it would jog his memory. She said hello back and that was it. He was talking to Celine Dion.

Now, he’s seen her there before….she lives in the same area that he does. She’s building a beautiful home on Jupiter Island and in the meantime she bought a home in one of the many gated communities in the Jupiter area. So, it’s no shock that she’d be shopping in that Costco….it’s only a few miles away. But somehow you never think of celebrities doing their own shopping and at Costco no less.

Anyway, if YOU’D like to shop like a celebrity. I found a ONE DAY PASS to Sam’s Club (without the usual 10% upcharge that they usually tack onto one day passes). So, go shopping, enjoy yourself and be on the lookout for a celebrity.