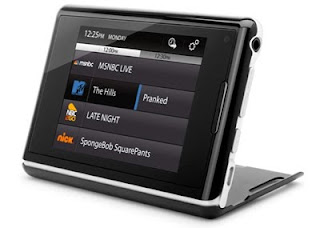 In the past two months I’ve had the pleasure of attending three events – 2 were specifically for bloggers and one (the FloTV event) was for various media outlets. I  happened to be in New York for the Blogger’s Brunch and Good Housekeeping tour (that I’ll be writing about a little later) and had been invited to check out this HOT new hand held television at the The Griffin, a  nightclub in the West Village. My dear friend and one of the “broads” on The Review Broads, Sandy was staying with me in New York (we had decided to  make it a girlfriend’s getaway) and we were met by another friend Wendy the founder of Sweetie’s Swag and Sweetie’s Sweeps. 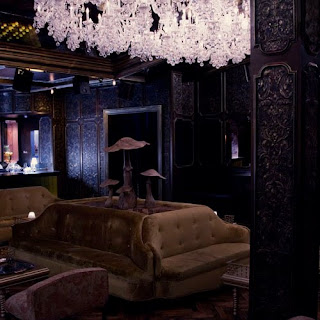 We arrived at The Griffin and were greeted with a WALL of dry ice with Flo TV projected onto it. We actually had to WALK THROUGH the advertisement to get in to the sexiest nightclub!! We were immediately greeted with champagne and hors d’oeuvres. Now THAT’S how I like to be greeted.


OK, so there were a lot of media types there. Ken Sander of Penthouse.com, Jeff O’Heir the editor in chief of Dealerscope and ME! I still haven’t figured out where I fit into this equation, but from across the room I heard the squeal of “Zippy’s here” only to finally meet up with one of my favorite PR reps (who had NO IDEA that I’d be there). I was definitely in my element and had a great time talking and making new contacts.

BUT THAT’S NOT WHY I WAS THERE.

I was there to learn about the newest technology in television.

The presentation of the new Flo TV

‘s was nothing short of amazing. Actually, if was a little difficult to concentrate on these great little units, since there was a bevy of HOT MODELS (both male and female) walking around doing personal demonstrations. I admit that I checked out the demos a few more times that I really needed to, but eye candy holding the COOLEST little tv’s was a little….enticing.

‘s technology is fairly new. If you’re an AT&T or Verizon mobile customer you may be watching their unique brand of television via your cell phone RIGHT NOW.Slightly larger than an iPhone or iPod Touch

, this Qualcomm device will allow you to watch television from the palm of your hand. With an onscreen guide (similar to those you’d have on your digital television service), Qualcomm and Flo have teamed up with ESPN, NBC, Fox and more to bring you the latest in programming (check to see if it’s arrived in YOUR AREA yet). We’re going to be enjoying FloTV as we sit out by the pool at the mansion or while we’re waiting to tee up on the golf course.

If you’d like to learn more about Flo TV, you can read my FULL review of the unit that I wrote back in November.

I just wanted to take a moment to thank Flo TV and Edelman for inviting me to their event. I had a wonderful time.

For those looking for a GREAT gift for ANYONE from young to old, you can’t miss with the Flo TV

. At under $250 INCLUDING 6 months of service, it’s a must have for anyone who loves new technology, television, etc.

« Photoshop Elements 8 – even I can use it
Southwest Airlines – you can be halfway to a free ticket….. »