You are here: Home / Buzz / Be Beautifully Rich ~ DAY #1 of the Cosmetic Settlement

Cosmetics, Creams and Fragrances are yours for the asking today at Macy’s, Bloomingdale’s, Saks Fifth Aven 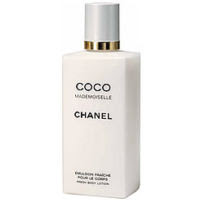 I just returned from the Gardens Mall in Palm Beach Gardens where I was able to waltz into Saks 5th Ave., Bloomies, Macy’s & Nordies along with LOTS of other people (MEN & WOMEN) for free FULL sized goodies.

The giveaway is the result of a 2004 legal settlement in a case that accused cosmetics companies and the retailers of price fixing. Although the companies deny any wrongdoing, the settlement requires them to give away $175 million in makeup to customers who purchased a product between 1994 and 2003.

No receipt? It really doesn’t matter. They’re operating on the honor system. Customers claiming a free product will need to sign a form stating they’re eligible. All I was presented with was a clipboard to sign & print my name on…that’s it!!

The giveaway runs while supplies last, through January 26. Any remaining items are supposed to be donated to charity. My guess is that there won’t be anything left (Bloomie’s had run out of everything but the Estee Lauder product by the time I had arrived).

Other retail chains that will be giving away free products are Bergdorf Goodman, Bergner’s, Dillard’s, Boston Store, Younkers, Parisian, Gottschalks and Herberger’s.