You are here: Home / Social / Anthony Bourdain’s 13 Places to eat before you die. 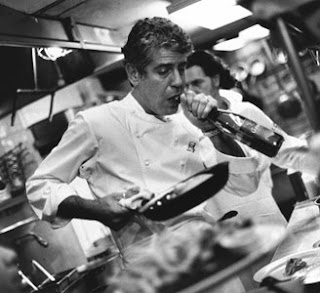 If you’re a regular visitor to Champagne Living, you know that I’m a huge fan of Tony Bourdain. We’ve been lucky enough to have a great relationship with the Travel Channel that has allowed us to preview Tony’s show (during his regular season) before they’re released – so that YOU can have a SNEAK PEAK into where he’ll be visiting, what he’ll be eating, etc. I understand that the new season should be starting very soon (at least that’s what they’ve been telling me).

Today I came across an interview that he did which appears in the June issue of Men’s Health magazine that lists his 13 places to eat before you die. You can read the article in it’s entirety in the print edition, but I thought I’d at least LIST the restaurants that are his favorites….

So there you have it – the Bucket List for foodies!

« Are you ready for a good life getaway for only $10?
All your loyalty cards in ONE good life application »