You are here: Home / Wedding / Marathi Wedding Rituals and Traditions That Hold Close to the Bride’s Heart 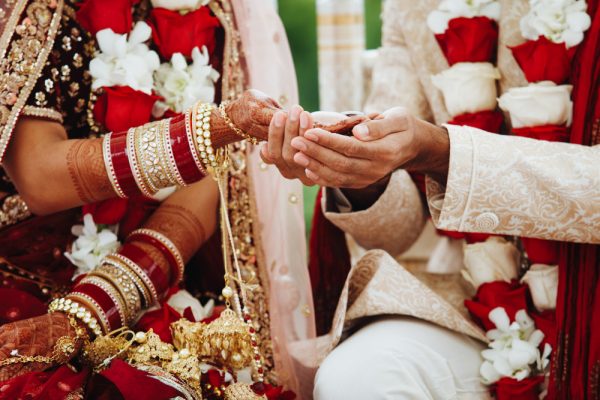 A Maharashtrian or a Marathi wedding is quite similar to any amazing ‘Big Fat Indian Wedding!‘ But there is always something about every wedding that makes it different. Often it is their culture, customs, rituals, and traditions. It originated from Maharashtra’s Western state with a diverse crowd.

Primarily hailing from certain religiously-allied castes, for example, the Brahmins as well as the other priests, Maharashtrians are known to be quite pious and traditional.If you are interested in not keeping any stone unturned in your search for a Marathi partner, create your Marathi Matrimony profile today. But before that, take a look at the most popular and amazing rituals that a Marathi bride cherishes for her lifetime!

This is perhaps the very first among the several Maharashtrian wedding ceremonies. You can call it the official engagement ceremony. It is usually conducted a couple of days prior to the D-day. Both the families of the bride as well as groom gather with close friends and relatives. This is the time when the couple gets engaged.

In this ritual, the groom’s family also offers certain gifts to the bride as a token of affection and embracement. The gifts often include ornaments, six yards of elegance, and a bag of pure sugar. The groom receives some outfits and a bag of sugar. Usually, this ritual takes place at the bride’s residence with just a few close family members.

With the advent of time, the SakharPuda has also been arranged at other locations with a lot more guests. So, download any Marathi Matrimony app today and let us help you find the ideal soulmate to share your future with.

Chuda is another eminent ceremony of the Marathi wedding. It is done for the bride and her female friends to share some fun and entertainment of wearing the symbolic green bangles. Green glass bangles are believed to be auspicious as green is prevalently the color of life, rejuvenation, and creativity.

A bangle seller comes to the house during this ritual. Every woman gets to choose their favorite bangles amidst the celebration. Ceremonially, the bride is provided with the glass green bangles and then continues to wear them interspersed with pearl, diamond, or gold bangles as chosen by the family. The bride can then remove this chuda only after one month of the wedding. Married women can wear these chudas on all religious or festive occasions, and men can wear indowestern menswear for weddings.

Halad chadavane, as the name suggests, is the Maharashtrian form of the usual Haldi ceremony. They perform it a day before the marriage day and treasure immense significance to both the groom and the bride and their families.

A blend of aromatic oils and turmeric is used to make a paste. It is often applied to the face and body of the groom. Then they send the leftover turmeric to the bride’s home after that. This is then applied to the bride’s face and body. As family members apply the Haldi, the groom and bride go for a sacred and purifying bath which is a part of the ritual. As the Haldi ceremony is over, neither the groom nor the bride is permitted to leave the house.

This is another important ritual that they perform in Maharashtrian weddings. A few days prior to the wedding, a feast known as the Kelvan is conducted at both the groom’s and the bride’s house. The family deity’s worship or the Kuladevta pooja is also conducted late evening, just before the wedding.

In this ritual, a sacred fire is kindled and the bride gives off grains in the fire, reading three holy chants. The groom repeats the same chants after her. The fourth chant needs to be murmured by the bride in a low voice or silence.

Once it is done, the bride’s family worships the couple as the avatars of Vishnu and Goddess Laxmi. Then the bride and the groom are coupled together with a knot of turmeric thread on one another’s hands. Lastly, the groom ties a ritual-based necklace called the Mangalsutra around the bride’s neck and marks her forehead with vermillion.

In this ritual, they prepare about seven small heaps of betel nuts and rice. The bride has to move these by using her right foot. The priest reads the seven wedding vows or chants while the bride moves them. The groom and the bride go around the sacred fire exactly seven times and chant the vows out loud. 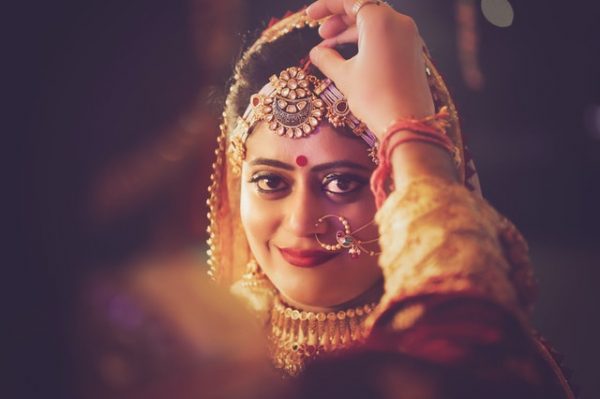 The Kanyadaan is one of the most popular and prevalent traditions that one and all know about. It is important for all but mainly imperative for the bride and her parents or family.

In this ritual and as the name suggests, the beloved daughter is sent to the groom and his family to be cared for with ultimate affection and warmth. The bride’s father receives an oath from the groom that he shall always take responsibility for his daughter’s safety, wellbeing, and respect.

Every part of the wedding ceremony treasures a religious depth, and each ceremony holds an aura and meaning of its own. Also, Maharashtrian weddings are vibrant in their own ways and hold unique traits and essences of their own. Thus, it is vital to go about the planning well, seek help from the top professionals, and set a reasonable amount of time aside to brush every detail.

The Compass Girls with Catalyst Collections – 7/28